20 years after his murder, the search for Tupac Shakur's killer continues 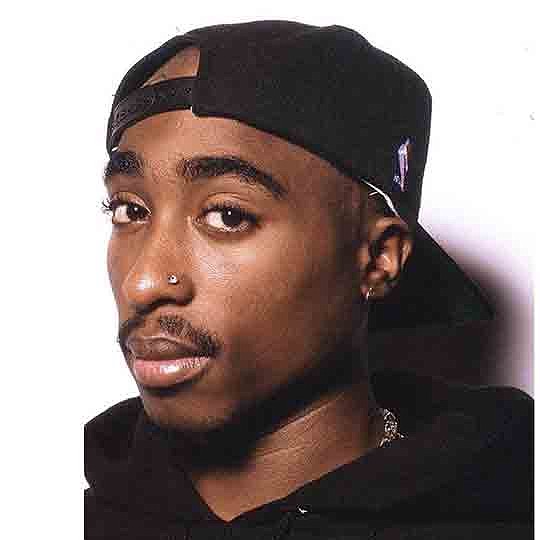 With this edition of Our Weekly running concurrently with the 20th anniversary rapper Tupac Shakur's death in a Las Vegas drive-by, we are astonished by the ever enduring impact of his cultural footprint, and the lingering frustration of those intent on resolving his untimely demise.

Today marks the anniversary of Shakur's assassination/death, and we are compelled by the fact that interest is as great as ever in the rap icon's life and his murder is still far from being solved. In the previous article, the deaths of individuals linked to the victim were noted, especially (reputed Southside Crip) Bobby Finch, who was gunned down in Compton, Ca. four days after the Shakur shooting (and two days before the rapper expired on Sept. 13), presumably by a Blood gang faction.

It has been suggested that Finch may have been a victim of mistaken identity.

Journalist Michael Douglas Carlin, who joined forces with ex-Los Angeles Police Department Detective Russell Poole in his search for the killers, has continued his quest for closure in the homicide even after Poole's questionable death by heart attack in 2015.

Before he passed, Poole had a conversation (which he shared with Carlin) with Las Vegas Detective Brent Becker, who in so many words explained that the powers that be had no interest in solving the murder(s), so as to avoid a “media circus” similar to the one Los Angeles experienced with the O.J. Simpson trial (involving the deaths of Ron Goldman and Nicole Brown Simpson) in 1993.

(Las Vegas did endure its own O.J.-related comedy in his blotched 2007 armed robbery, and the subsequent trial and conviction.)

Carlin states that he had an exchange with Dan Long (Las Vegas Police Department), the lead detective in the murders about two years ago, and was basically “stonewalled”

Carlin's recent efforts to access information on the Finch murder were stymied by an uncooperative bureaucracy as well. Undeterred by these setbacks, he anxiously awaits the outcome of the narcotic trafficking case against two prominent suspects in this sordid affair, former peace officers (and alleged Grape Street Crip members) Reggie Wright Sr. and Jr.

The Wrights were arrested in an alleged interstate drug distribution charge by the Tennessee U.S. Attorney's Office.

“They have been arrested on drug trafficking and money laundering charges, but they are all over the Tupac & Biggie murders too as suspects, and as people aiding in solving the cases,” Carlin says.

“Junior accompanied every member of Death Row Records to Las Vegas for their interrogations and he sat in the interviews,” he continues, noting that this is unusual as the younger Wright is no longer a policeman.

“Senior was also involved in the raids on Death Row Records in the aftermath of the Biggie Smalls murder, when his son had been named as a suspect,” implying a conflict of interest.

“Our best hope now rests with Tennessee that wants Reggie Wright Sr. to appear on Sept. 18 in court there,” Carlin believes, suggesting the former Sheriff's deputy may offer authorities the real killers to get a lighter sentence.

“I have often maintained that Tupac was murdered in the hospital (at the University Medical Center of Southern Nevada).”

“He was expected to recover. The original press release about his shooting didn't even list him in critical condition.”

Carlin possesses a handwritten letter purported to be a “confession” implicating Wright, Jr. in the murder as part of a convoluted scheme to take control of Death Row Records—the label Shakur was signed to—by eliminating company head Marion “Suge” Knight, the controversial entertainment mogul who presently remains locked up with his own legal troubles, stemming from his involvement in a hit-and run traffic accident that resulted in the death of his friend, music producer Terry Carter.

Knight is also alleged to have made “death threats” against filmmaker F. Gary Gray, the director of the biopic, “Straight Outta Compton.”

Michael Douglas Carlin has posted the theories he shared with Russell Poole about these hip-hop related misdeeds on YouTube. They may be accessed by visiting https://www.youtube.com/watch?v=XSlOEEbW16Y.