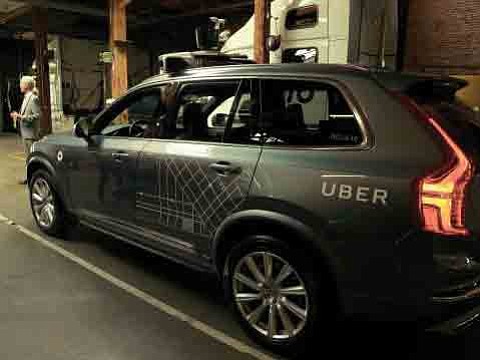 If you’re a motorist in California—especially Los Angeles—then you’ve probably witnessed the most horrendous examples of driving imaginable.

Dense traffic, drag-racing and erratic signaling are all commonplace on any given highway in the Golden State.

But soon, thanks to the persuasive efforts of numerous tech giants and automakers, state officials may authorize the deployment of self-driving vehicles on California roads.

Yes, you read that correctly.

As Halloween approaches, there’s not a ghoul or goblin around more frightening than the vision of a Los Angeles freeway populated by thousands of reckless speed-demons and driverless cars.

California regulators earlier this month unveiled revised rules that would allow self-driving cars to travel the state’s highways without human drivers for the first time as early as next year, a move that won the support of automakers.

The new rules represent a compromise with automotive and technology companies, which had objected to many of the requirements previously proposed by the state. The California rules could still conflict with proposed federal legislation that would largely bar states from regulating autonomous vehicles.

But, they are a boost for automakers who want to be able to deploy vehicles without human controls in California. More than 40 companies are testing self-driving vehicles in California with human controls, and most automakers have autonomous research centers in the state, which is the largest U.S. auto market. The new rules are expected to take effect by June 2018, according to state transportation officials.

Existing rules also require a backup human driver to be in all driverless vehicles.

California’s Department of Motor Vehicles (DMV) had long frustrated the self-driving car industry, which felt state regulators were holding back innovation that could improve public safety. The DMV previously missed a deadline for autonomous vehicle rules. And when it released rules in December 2015, it excluded fully self-driving vehicles, citing safety concerns.

Over the years, some companies, such as Google (GOOGL, Tech30) and Uber, resorted to shifting tests outside their home state.

The DMV has wrestled for years with how to comfortably sign off on a self-driving car operating on public streets. While experts agree that self-driving cars will eventually be far safer than human drivers, autonomous vehicles will not immediately be flawless or even better than a human. Governments worldwide are struggling with how to certify that a fully autonomous vehicle allowed to drive on public roads is safe enough.

In a sense, the licensing process for a robot that wants to drive on California roads is more lax than what a human driver seeking a license must go through.

Humans must pass a state driver’s test. The makers of self-driving cars must just provide a safety assessment letter to the state. Just as the DMV can revoke a human’s license, it can also revoke a company’s ability to operate self-driving cars on state roads, under the proposed rules. The DMV has indicated it will exercise this right if it sees recurring safety issues with a vehicle.

The state has been regulating self-driving tech since 2012, and to date, has barred anyone from running a human-free car on public roads.