‘Me Too’ campaign was started by Black woman 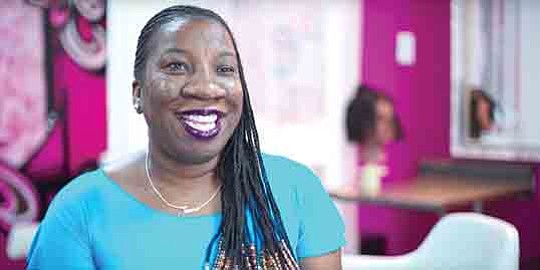 When sexual harassment allegations came out against entertainment industry executive Harvey Weinstein, Hollywood actresses started coming out left and right claiming the big-time executive had sexually harassed them. Soon a campaign called “Me Too” spread equally as fast via social media.

The idea of “Me Too” was for women who had been sexually harassed to identify so by posting those two simple words on their social media pages. The idea was to show how common the problem is among women, and possibly men as well, in America’s workplace.

But few people realized that the “Me Too” campaign was actually initiated 10 years ago by a Black woman named Tarana Burke.

Burke is an activist who came forward last week to explain the true history of the campaign. The concept was developed by an organization that she started called “Just Be Inc.”

“Empowerment through empathy was the thing that I felt helped me … that other survivors who empathize with my situation help me to feel like I wasn’t alone and gave me entry to my healing journey,” Burke told CBS News reporter Reena Ninan. “My focus, in all the work that I do, is for the most marginalized people. So I worked with young women of color in the south and then, when we moved our work onto a MySpace page, and women started coming forward and talking to us, saying ‘thank you for this’ and ‘we needed it.’ We realized that we had to expand to more than young people, so we worked with young women, mostly Black and brown women throughout the south, and later Philadelphia and New York.”

At first people thought actress Alyssa Milano started the campaign, but she and Burke soon connected and got together, and Burke reports that Milano is “very committed to making sure the goals of the work that I do are met.”

Burke admits that the original “Me Too” campaign was not supported, when it focused just on women of color. But she adds that Black women still need to create movements themselves, while “inserting ourselves in larger movements.”

Actress Lupita Nyong’o has also joined the “Me Too” campaign, which Burke says is evidence that sexual harassment happens across the board. “These people that are predators prey on everybody,” Burke said.