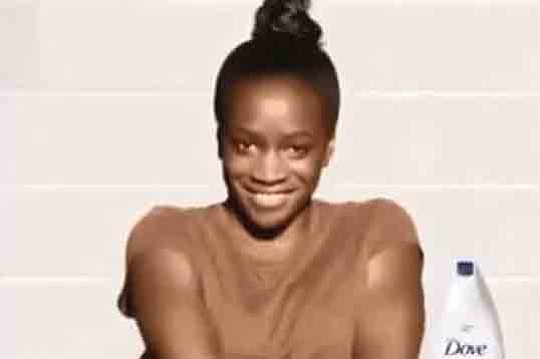 The Black model in the Dove ad that has drawn fire for being racist has come out and said the ad is being misconceived. In the ad, a Black woman pulls up her skin as if it were a sweater and there is a white woman underneath, but if you watch the whole ad, the white woman pulls up her skin and there’s an Asian woman underneath. Social media attacked the ad as being racist and Dove ended up apologizing. A boycott of Dove was called for. However, the Black model in the ad has come to Dove’s defense. Lola Ogunyemi, who is the face of the campaign, said she disagrees with the negative press Dove is receiving. “Having the opportunity to represent my dark-skinned sisters in a global beauty brand felt like the perfect way for me to remind the world that we are here, we are beautiful, and more importantly, we are valued,” the Nigerian born Ogunyemo wrote in an editorial for The Guardian. Dove, which is owned by Dutch/British transnational consumer goods company Unilever, apologized and removed the campaign, admitting that it “missed the mark in representing women of color thoughtfully.” Ogunyemi said that as a dark-skinned woman she is well aware that society has historically valued light skin and the negative impacts that can have on young women, including herself. “And this is why, when Dove offered me the chance to be the face of a new body wash campaign, I jumped,” she wrote. “If I had even the slightest inclination that I would be portrayed as inferior, or as the 'before' in a before and after shot, I would have been the first to say an emphatic 'no.’” Initially, Ogunyemi said she “loved” the first Facebook ads, but she said she was quickly “overwhelmed” by the calls to boycott. She said she understands why the snapshots of the campaign can be “misinterpreted,” but said the outcry lacked context.