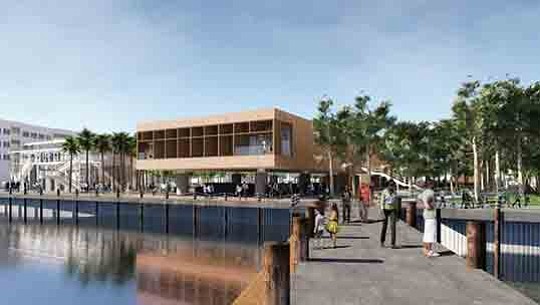 The Gilder Foundation, the charitable arm of Richard Gilder and his wife Lois Chiles, has pledged $500,000 to the International African American Museum’s Foundation Fund. The investment helps reduce the Charleston-based museum’s fundraising goal as it focuses on raising its private philanthropy funds. “The Gilder name has become synonymous with world-class institutions,” said Joseph P. Riley Jr., former Charleston Mayor and museum board member. “It is an honor to have this support.” Museum President and CEO Michael Boulware Moore added, “Mr. Gilder’s charitable investment in our museum and memorial moves us forward decisively as we work to complete our fundraising. He played a critical role in bringing the Gilder Lehrman Institute of American History to life, an institution that the museum the greatly respects, given its groundbreaking work in the history of slavery and abolition. We look forward to collaborating with Mr. Gilder and his organization.”