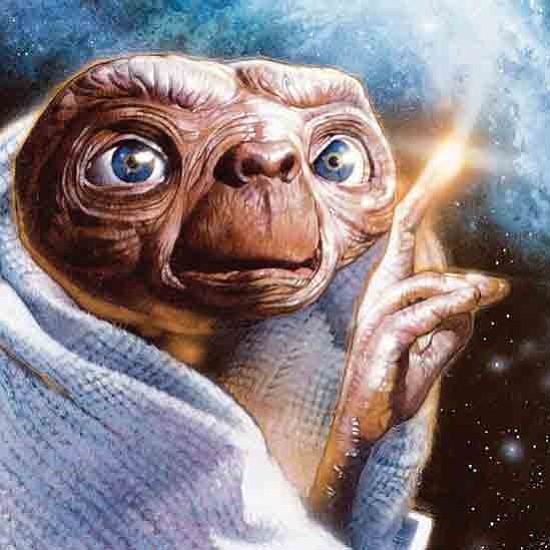 A selection of family favorite classic films is scheduled this summer at the popular Family Movie Nights at the Palmdale Amphitheater.

First up on July 14 is Steven Spielberg’s 1982 blockbuster “E.T. The Extra-Terrestrial.” After a gentle alien becomes stranded on Earth, it is discovered and befriended by a young boy named Elliott. He brings the strange creature into his suburban home and introduces him to his brother and kid sister as E.T. They must keep his existence a secret, but soon E.T. falls ill, resulting in government intervention for the kids and the alien. “E.T. The Extra-Terrestrial” won four Oscars, two Golden Globes, a Grammy Award and stars Henry Thomas, Peter Coyote and a very young Drew Barrymore.

Disney’s “Moana” will be screened on July 21. This popular animated film from 2016 tells the story of an adventurous Polynesian teenager, Moana, who meets the once-mighty king Maui who guides her in a quest to become a master “way-finder.” Together they sail across the ocean on an action-packed voyage, encountering enormous monsters and impossible odds. Along the way, Moana fulfills the ancient quest of her ancestors and discovers the one thing she always sought: her own identity. Dwayne Johnson and Auli’i Cravalho voice the characters.

“Cars” from 2006 became one of Disney-Pixar’s most popular animated films that brought in almost one-half billion dollars and led to an attraction at Disney’s California Adventure in Anaheim. It will be screened on Aug. 4. Featuring the voices of racing legend Richard Petty, actor/racer Paul Newman, George Carlin, Michael Keaton, Owen Wilson, Bonnie Hunt, and Larry the Cable Guy, the film chronicles the lead up to the big race for the Piston Cup Championship. Lightning McQueen becomes lost after falling out of his trailer in a rundown town called Radiator Springs. While there he slowly befriends the town’s odd residents, including Sally, Doc Hudson, and Mater. A race car at heart, Lightning becomes so enamored with all of his new friends that when it’s time to leave, competing against the King and Chick Hicks for the championship is no longer a priority.

“Beauty and the Beast’ from 1991 was another winner for Disney and will be shown on Aug. 11. It is the famous tale of an arrogant young prince who is turned into a hideous beast by a wicked enchantress until he learns to love and be loved in return. The spirited, headstrong village girl, Belle, voiced by Paige O’Hara, enters the Beast’s castle after he imprisons her father Maurice (Rex Everhart). With the help of his enchanted servants, including the matronly Mrs. Potts, Belle begins to draw the cold-hearted Beast out of his isolation. Robby Benson and Angela Lansbury also voiced roles in the film.

“Our Family Movie Nights make a perfect night out with the family,” said Keri Smith, Palmdale director of recreation and culture. “Bring your blanket, chairs, a picnic dinner and take advantage of our gorgeous summer evenings at the beautiful Palmdale Amphitheater while watching some of the best family movies ever made.”

Tickets are $4 (children under 12 years admitted free with a parent or adult guardian). Parking is free. Ticket booths open at 5 p.m., gates at 6 p.m., and all films will begin at dusk. Snack vendors will be on site and free family activities will be available from 6 to 8 p.m. Only non-alcoholic beverages will be permitted.

The Palmdale Amphitheater is located at 2723 Rancho Vista Blvd. For more details, visit wwww.PalmdaleAmphitheater.com or call (661) 267-5611.