Sickle Cell Disease: A cure on the ever-distant horizon 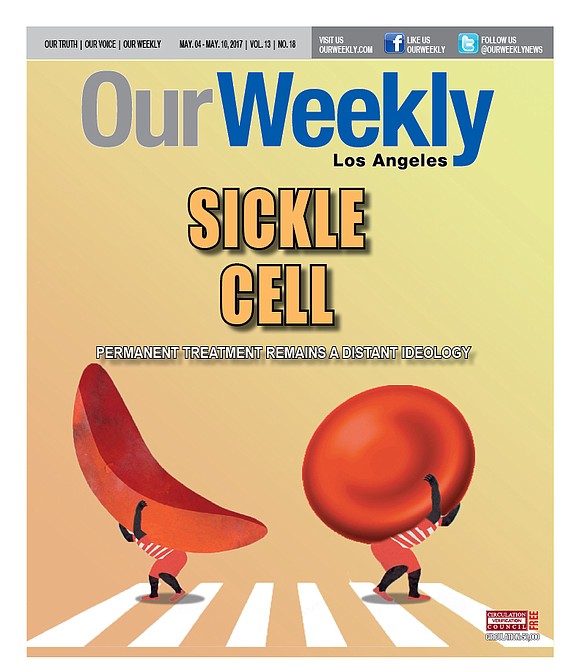 “Pain is everywhere throughout my body, stabbing, cutting, stinging, people do not know this pain, as long as I am living I am going to fight Sickle Cell, I am going to die eventually, but I will fight the pain, while I live. I get upset at people who don’t understand. I am not here to abuse pain medication. White folks especially don’t understand that I am in pain and I need medication. I refuse to be seen as a E.R. hopper. I have been dependent on medication since I was 13 years old, I am now 37, yes I am addicted to it, it takes away my pain.”

It is exactly 3:30 p.m. and Morgan Taylor is pulling into his driveway after receiving four hours of intravenous fluids and pain medication. He sounds like he is feeling okay, you can hear the energy in his voice.

This is a ritual he undergoes three to four days a week.

Taylor is one of the estimated 100,000 individuals suffering from Sickle Cell Disease (SCD).

According to the National Institute of Health (NIH), SCD is an inherited red blood cell disorder. People with SCD have abnormal hemoglobin, called sickle hemoglobin, (due to their shape resembling a sickle rather than their typical round shape. Hemoglobin in red blood cells carries oxygen throughout the body. The sickle shape can cause blood vessel blockages that are very painful and can deprive organs of oxygen leading to organ damage and death.

SCD is called a disease predominantly affecting people of African heritage, however it is also found in persons of Middle Eastern, Indian, and Mediterranean heritage because those geographic regions are most prone to malaria. The gene variant for sickle cell disease makes the patient less susceptible to malaria.

In 1910, Dr. James B. Herrick, a physician at Presbyterian Hospital and professor of medicine at Rush Medical College in Chicago, Ill., published an article on the case of an anemic West Indian dental student, Walter Clement Noel. Herrick’s laboratory findings of the patient’s “peculiar elongated and sickle-shaped” red blood cells were the first description of sickle cell disease in Western medical literature.

The west has been dealing with fighting SCD for approximately 117 years and has only produced hydroxyurea, which treats sickle cell anemia by helping to prevent formation of sickle-shaped red blood cells.

West African countries have used indigenous concoctions of herbs and plants (plant therapy) to combat the disease long before the introduction of modern medicine, according to Ibrahim Muazzam, Ethnobotanist for the National Institute for Pharmaceutical Research and Development. This use of herbs continues today due to biomedical scarcity in rural communities and African countries suffering from civil war or no health infrastructure.

Muazzam stated that among the Hausa-Fulani of northern Nigeria, where sickle cell anemia is called “sankara-miji,” the disorder is perceived to be paranormal and incurable. Once a relationship between patient and healer is established herbs are used that have the same properties and impact on the SCD as found in western medicine, and although the patient is informed that sankara-miji (SCD) is incurable, there is a spiritual trust.