Trace Adkins at The Amp 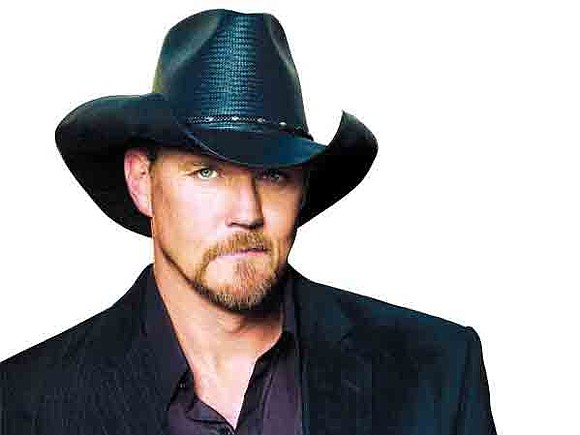 Trace Adkins will appear Saturday, July 29 at 8 p.m. at the Palmdale Amphitheater.

Adkins is one of the most popular artists on the country music circuit. He has powered countless hits to the top of the charts having sold more than 10 million albums. His hit list includes “You’re Gonna Miss This,” “Ladies Love Country Boys,” “Songs About Me,” “Every Light in the House,” “Hillbilly Bone” (with Blake Shelton), and “Just Fishin.”

Adkins, a member of the Grand Ole Opry, will release his latest album “Something’s Going On” on March 31. He is also a TV personality, actor, author and spokesman for the Wounded Warrior Project and the American Red Cross for whom he raised more than $1.5 million as winner of NBC’s “All-Star Celebrity Apprentice.”

In his 2007 autobiography, “A Personal Stand: Observations and Opinions from a Freethinking Roughneck,” Adkins recounts his days as an oil rigger, his rise to fame, brushes with death and battles with personal demons. He portrayed a tough biker in the Matthew McConaughey film “The Lincoln Lawyer,” and was the wise oracle of a tattoo artist in the family-film “Mom’s Night Out” starring Patricia Heaton.

“Trace Adkins is no stranger to our area,” said John Mylnar, Palmdale communications manager. “His music video for “Swing” was filmed at the Hanger in Antelope Valley.”

General admission tickets are $30 (VIP $45) and go on sale today at www.palmdaleamphitheater.com. The Palmdale Amphitheater is located at 2723 Rancho Vista Blvd. For more details, call (661) 267-5611.