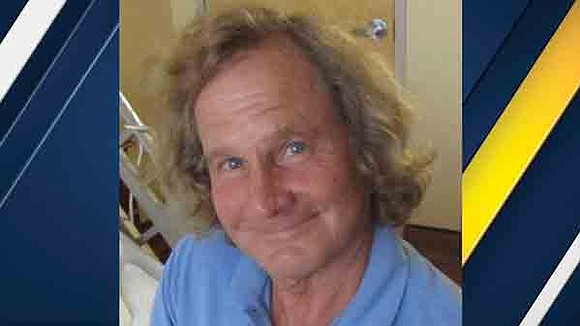 Authorities this week sought public help to find a man who went missing nearly a year ago when he said he was going hiking in the Angeles National Forest.

Michael Patrick Flynn, 63, is White, 5-feet-4 inches tall, weighs 145 pounds, and has blond hair and blue eyes. He has a chipped front tooth.

“Mr. Flynn last spoke to family members on May 1, 2016, when he told them he would be hiking in the San Gabriel Mountains for a few days,” a sheriff’s statement said.

“Mr. Flynn was believed to have been hiking in the Devil’s Punchbowl Recreation Area, headed south towards Highway 2, in the Angeles National Forest,” the statement said.

Flynn was reported missing when he failed to return, and rescuers searched an area between Wrightwood and Dawson Saddle along Highway 2, and north to the Devil’s Punchbowl Recreation Area, but failed to find him.

“Rescuers have exhausted all leads and are seeking the public’s help,” the statement said.

Also this week, the Sheriff’s department sought the public’s help in locating a 74-year-old man who went missing from his Lancaster home in January. John Wayne Kolb was last heard from on Jan. 31 when he spoke with out-of-town family members, according to Deputy Juanita Navarro-Suarez of the Sheriff’s Information Bureau.

“Mr. Kolb lives on a large lot on the 800 block of West Avenue K in the city of Lancaster and has been known to use a bicycle as transpiration,” Navarro-Suarez said.

Anyone with information about either of these missing-persons cases are urged to call detectives Luis Nunez or Tamar Abraham (323) 890-5500, or Crime Stoppers at (800) 222-TIPS.