Russia is winning the war for American minds 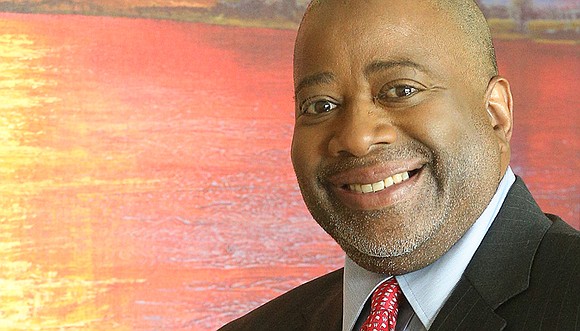 As I often say, weak people take strong positions on weak issues. Look no further than the lying mainstream media that has willfully ignored the context surrounding President Trump and his alleged Russian connections.

Anyone who has a base understanding of how intelligence works, knows that the U.S. is in the middle of one of the most public psychological operations (PSYOP) ever unleashed on America.

These operations have been part of the American fabric for decades, but never this public; and yes, America does the same thing all over the world.

Please don’t be fooled by the deceitful media in this regard. Russia has already won and has already achieved their desired objective—to destabilize America by greatly decreasing American’s faith in our institutions.

This is the main objective of most PSYOP programs by foreign governments. The Russian program didn’t just start with Trump, but it started with the Obama administration, because Putin saw Obama as being a very weak president.

While Russia was creating various diversions within the U.S. that caused us to question our political leaders and our institutions; Putin was busy annexing Crimea to Russia. Many of the recent computer glitches with our airlines and utilities were Russian and Chinese cyber-attacks to further divert our attention.

If you want to get a real clear understanding of the whole notion of PSYOPs, watch the movie “Swordfish” with John Travolta. he whole premise of the movie and PSYOPs is misdirection. Misdirection is the one word that adequately defines PSYOPs.

Obama threatened Syrian president Assad that if he crossed some imaginary “red” line that there would be consequences. Not only did Assad cross the red line, but he used chemical weapons on his own people. What was Obama’s response? The same as it was when it came to doing things for Black folks: nothing.

Once Putin saw how weak Obama was, he put his destabilization plan in America on steroids!

All of the noise about who and when Trump and his people met with are all irrelevant. All of the mainstream media articles about Russia hacking the Democratic National Committee, Hillary’s email server and Wikileaks are just as irrelevant.

Putin knows that if he can destabilize America by causing Americans to no longer believe in our institutions or at least to begin to doubt them, then he will be free to drastically expand the global influence of Russia.

America is playing right into the hands of Putin.

Most Americans are totally clueless as to how they are being manipulated in their everyday lives by both domestic and foreign entities.

Most Americans would be stunned to learn of the symbiotic relationship between our media and the CIA in the area of intelligence collection and PSYOPs.

The most recent public acknowledgement of journalists operating as spies for American intelligence was the case of German journalist Udo Ulfkotte. In his 2014 book, “Bought Journalism,” he reveals that he was paid by the CIA for over seventeen years as one of their non-official covers (NOCs). That means if your true identity is ever revealed, the CIA will deny any knowledge of your existence. This is typical for agents working undercover.

The American media has gone from legitimate questions about the role, if any, of Russia meddling in our elections to charges and counter-charges by Democrats and Republicans as to who met with Sergey Kislyak, current Russian ambassador to the U.S.

In the labor movement, the mere threat of a strike, in many ways, is more powerful than the strike itself in terms of leverage; the same threat tactic works in PSYOPs.

No one needs to prove definitively that Russia affected our elections; the mere fact that they have caused “doubt” about our elections and our relevant institutions is the nirvana of any PSYOP strategy.

So, while we are arguing about whether Trump’s election was legitimate, because there can be no way in hell, according to liberals, that Hillary could have lost without Russian interference, Putin’s poll numbers are steadily rising throughout his country. While we are arguing about what Trump aides met with who from Russian, North Korea is testing missiles off the coast of South Korea. China is continuing to annex disputed lands for military purposes off the coast of Japan.

We are seeing our global enemies expand their reach and influence worldwide while we are being distracted by all this chatter about meetings with Russians. This is leading Americans to believe somehow that the Russians are responsible for Trump being elected president, while all along this is the distraction the Russians wanted to create.

Americans are saying things like, “How can we believe Trump without an investigation into his connections with Russia.” Americans no longer believe in either political party.

Most Americans have little to no understanding of world events. Survey after survey have shown for decades that Americans are the most ill-informed when it comes to global affairs and that we are easily manipulated.

As John Travolta said in “Swordfish, what the eyes see, and the ears hear, the mind believes.

Raynard Jackson is founder and chairman of Black Americans for a Better Future (BAFBF), a federally registered 527 Super PAC established to get more Blacks involved in the Republican Party. BAFBF focuses on the Black entrepreneur. For more information about BAFBF, visit www.bafbf.org. You can follow Raynard on Twitter @Raynard1223.