“My Brown Baby” by Denene Millner 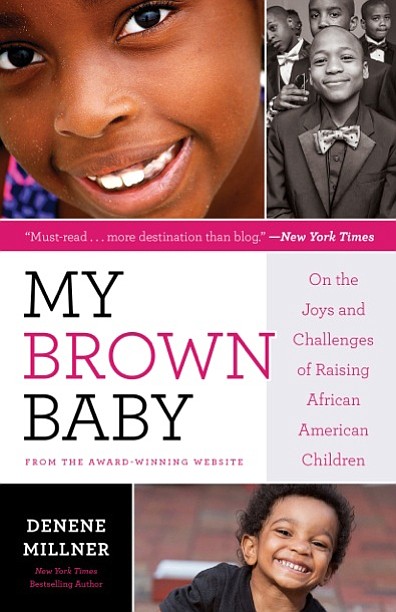 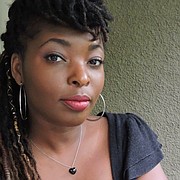 Raising a child is quite a challenge.

When they’re small, you feel as though the entire world is dangerous. As they grow, you waffle between encouragement and fear, wings for them and tears for you. Teenagers, well, they’re a whole separate category and in the new book “My Brown Baby” by Denene Millner, some parents have even more to worry about.

It’s not an overgeneralization to say that all moms want the same things for their kids: kindness, honesty, trustworthiness, success, love, to mention a few. Every mom teaches those things but, says Millner, African American mothers parent their kids differently than do other mothers.

It often starts when a brown baby is born.

When her first daughter entered the world, Millner says that, though she was married, insured, and well-employed, the hospital treated her reprehensibly and she had to be vocal about it – something that she says other mothers of color have experienced. She was also criticized for wanting to breast-feed her child, and again for breast-feeding as long as she did.

Millner, mother of two young women, remembers the joys – oh, the joys! – and the aggravations of having small daughters. Raising brown girls means teaching them to love their curly hair and their “bubble-butts.” It means making them understand that they might never have straight blonde hair but that boys will still like them. It’s showing them how to love their bodies by loving yours.

Raising older children of color means being sure they understand their history, so they know why certain rap songs are inappropriate. It’s giving them confidence to explore, swim, bike (but not too far), and play to win. No matter how hard it is to find a bedspread with black ballerinas on it, it means you keep looking. You’ll particularly need to teach confidence. You’ll learn to heed some advice, ignore others, and either reach for your own mother or miss her fiercely. And if, like Millner’s stepson, your child is a boy who’s almost a man, raising him means making sure he knows the warnings…

Much like morning sickness, weight gain, and pregnancy, advice arrives right along with the announcement of a new baby. Some of it’s crazy-talk, while some of it – like what’s inside “My Brown Baby” - is absolutely useful.

While the shelves are full to bursting with pregnancy and childrearing books, author Denene Millner tackles the subject from a different angle, one that’s perhaps more rare and that speaks directly to parents without a lot of fuss. Millner uses humor, but it’s clear when she’s being serious; she’s also common-sense and offers a nice mix of old-school, modern ideas, and new viewpoints on things your Mama never had to consider.

While Millner says this book is for parents of color – which is true - a white mother might find some useful advice in here; even though this book isn’t for her, there’s no denying that some things are universal. Still, “My Brown Baby” is for just what it says and your brown baby will appreciate it.