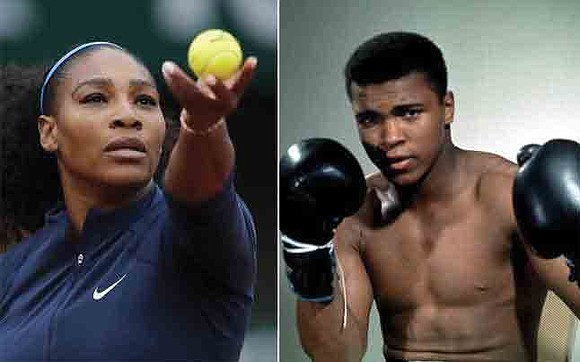 The prestigious awards recognize sports legends who exemplify the ideals embodied by the Olympian and humanitarian Jesse Owens: integrity, perseverance and service.

Receiving the honor is especially of note this year as it marks the 81st anniversary of Jesse Owens’ historic triumph at the 1936 Berlin Olympics, where he won four gold medals in the face of Adolf Hitler’s Nazi agenda.

“Jesse Owens used the global stage of the Olympics and his status as a world-class athlete to make a considerable difference in the world,” said Herbert P. Douglas, Jr., co-founder and chairman emeritus of the International Athletic Association Board of Directors and the oldest living African American Olympian. “We are thrilled to be recognizing Serena Williams who is one of the greatest athletes of our time and the quintessence of uncompromising sportsmanship.”

The Jesse Owens award is presented annually to the world’s best athlete as voted by a group of electors consisting of sports writers and experts across the world. Serena is coming off of her 23rd grand slam win at the Australian Open, giving her the most wins in the Open history.

Muhammad Ali will also be honored at the ceremony and receive the Jesse Owens Global Peace Award. The three-time heavyweight boxing champion was a voice of social change, and evolved into symbol of peace and justice for individuals marginalized by ethnicity and religion. Ali’s award will be awarded posthumously as he passed away after a 30-year battle with Parkinson’s disease June of 2016. His family will accept the award in his honor.

The awards gala will take place Thursday, April 27 at Lincoln Center in Washington, D.C. All proceeds go to the Jesse Owens Scholarship Fund at Ohio State and the Herb Douglas Jr. Scholarship at the University of Pittsburgh.