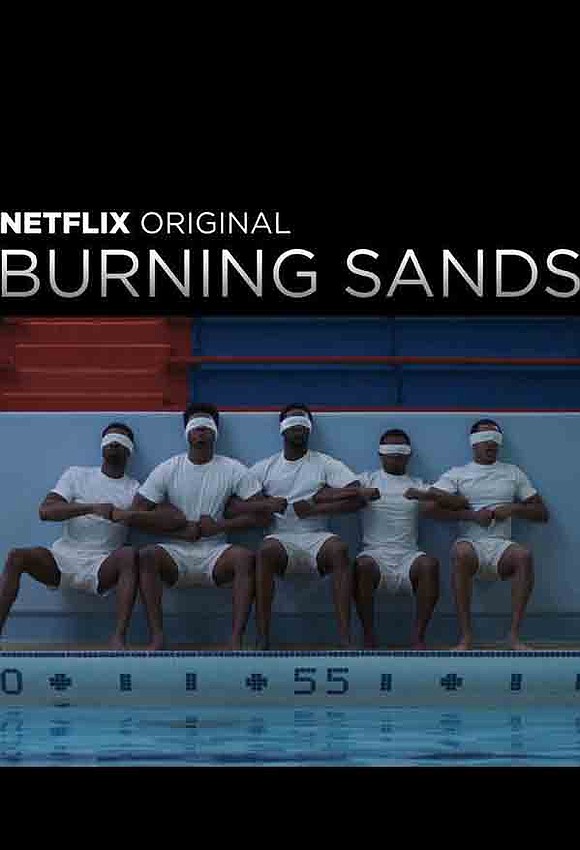 Former child star Imani Hakim from the hit TV sitcom “Everybody Hates Chris” appears in “Burning Sands,” a Netflix original film that tackles a controversial issue, hazing in the Black Greek system. The film follows a young man Zurich (Trevor Jackson) who goes through Hell Week and begins to question the hazing process. Hakim plays his love interest. “Burning Sands,” also stars Alfre Woodward and was executive produced by rapper/actor Common. The film is directed by Gerald McMurray, who was a producer for the critically acclaimed “Fruitvale Station.” McMurray is a member of Omega Psi Phi fraternity.

The film’s trailer has already set Black Twitter abuzz with users predicting pushback from Black Greek organizations. Hakim admits the film touches on a gritty subject, but it’s worth talking about because of the seriousness of the situation.

“We’re pulling the cover back on a sensitive subject,” she said. “But when people could possibly lose their lives, it needs to be talked about.”

Hazing continues to be a problem on college campuses. According to author Hank Nuwer, who has written four books on the subject, from 1969 to 2016 at least one college student has died from hazing. In 2011, Robert Champion, a band member at Florida A&M University (FAMU) died from injuries from a beating that was believed to be hazing related. Several students later received prison sentences or probation. The university also paid Champion’s family a $1.1 million settlement.

Hakim said she does not have any personal experience with the Greek system since, like many former child stars, she decided to bypass college and has been steadily working in the entertainment industry. She has appeared in “The Gabby Douglas Story,” “Chocolate City 1 & 2” and Syfy’s “Sharknado 4.” However, one of her friends is in a sorority and she learned about the Greek system from her. This included hearing a few hazing-related horror stories.

Hakim feels the danger of hazing is an important issue that needs to be brought to light. She hopes the movie can be used as a learning experience.

“At the end of the day, we want people to learn from this. The mistreatment and abuse (of hazing) needs to be changed,” she said.

“Burning Sands,” will be available on Netflix on March 10. Like Amazon, Netflix is developing a reputation as a new kid on the block in the entertainment industry. Hakim said she feels Netflix gives directors more leeway to tackle controversial issues.

“He (Gerald McMurray) was allowed to tell the story he wanted to tell,” she said.

Hakim became nationally famous for her role as “Tonya,” the annoying little sister in “Everybody Hates Chris,” a sitcom loosely based on the life of comedian Chris Rock. She said that although the show launched 12 years ago, and only ran for four seasons, it had a huge impact. The show won a NAACP Image Award and received Emmy and Golden Globe nominations. Hakim counts it as one of the great Black shows alongside “The Cosby Show.”

“It was a blessing,” she said. “It started my career.”

“Everybody Hates Chris” is still in syndication and airs around the world. Hakim said the show is huge in Brazil, which has a large Black population. Brazilian fans are active on her Instagram feed.