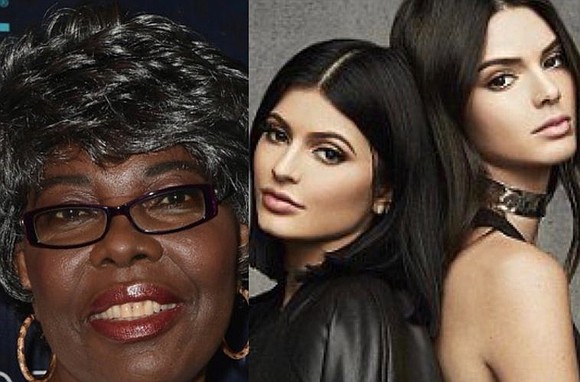 Per report by EURweb:

How could Kanye have let this happen?

Kendall and Kylie Jenner continue to be dragged mercilessly on social media following Wednesday’s debut of their new t-shirt collection, which features images of their faces or “KK” logo plastered atop the likenesses of such music legends as Metallica, Kiss, Tupac and the Notorious B.I.G.

Joining the loud chorus of offended folk is Biggie’s mother, who made it clear Thursday (June 29) that this tomfoolery was not authorized by the estate. Voletta Wallace took to Instagram and scrawled a big, fat, virtual red “x” across the t-shirt that features Kendall’s face plastered atop that of Tupac and her late son, born Christopher Wallace.

“I am not sure who told @kyliejenner and @kendalljenner that they had the right to do this,” Mrs. Wallace said in the caption. “The disrespect of these girls to not even reach out to me or anyone connected to the estate baffles me. I have no idea why they feel they can exploit the deaths of 2Pac and my son Christopher to sell a t-shirt. This is disrespectful, disgusting, and exploitation at its worst!!!”

Needless to say, the offending Kendall + Kylie shirts are suddenly nowhere to be found on the brand’s website. No word on if the tees sold out, or were snatched out due to the controversy.