Changing the channel of L.A.’s music scene for youth 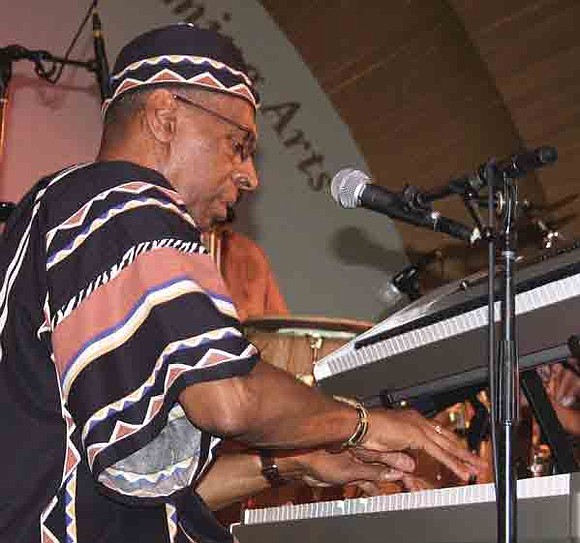 Years ago, when it came to learning to play an instrument, it was not a matter of students understanding how to bang a drum, and make noise. It was learning to count and moving to the different rhythms.

It was taking time to learn the one-two-three-four swish or the one-two tap basics.

Billy Mitchell, Fernando Pullum, Louis Lee amd Patsy Payne are among the music instructors who are taking the time to teach budding young musicians the basics of what correct note to play while simultaneously demonstrating the proper playing technique. In the recent past, learning to do this was easier, explained Mitchell, founder of the Scholarship Audition Performance Preparatory Academy (SAPPA) in the southland which began operation in 2002. The program was created to provide training for youngsters interested in competing for music and arts scholarships. SAPPA soon grew into a music workshop program, reintroducing basic musical skills into communities with little or no music education opportunities.

In the past, students went to the local public school starting in the elementary grades where they were taught basic playing skills; and music reading. In middle school, they acquired ochestral talents and high school is where the skills were honed into playing ensembles.

But that is no longer the case. Now, rather than have a music teacher at every school daily, learning a string, woodwind or brass instument comes from an instructor who comes to a school once a week.

There are other students who go to private schools like the Eubanks Conservatory which teaches youth in middle school to college—and some adults—the basics.

There are also programs like SAPPA where youth learn from talented professionals.

Most of the free programs like this require many hours by dedicated volunteers, family assistance and time invested by the youth.

Last week, another alternative materialized for one local school district. Rapper/Producer Dr. Dre has pledged $10 million to help the Compton Unified School District raise the $200 million it will take to rebuild Compton High School and add a performing arts center that will contain state-of-the-art digital production facilities and space for the community to take advantage of the center which is scheduled to open in 2020.

According to the school district, a number of local firms competed for the design contract following guidelines provided by the school board members, faculty, staff and students.

Dre, who was born and attended school for a short while in Compton and is credited as a key figure in the popularization of West Coast G-funk rap style music, has also promised to throw his fundraising efforts behind the district to secure any other additional money needed.

The joint effort that is being used to create the Compton High School Performing Arts Center is part of a growing approach to blend private and public funds to make sure that young potential musicians do not lose out on learning the performing arts because lack of public resources.

Mitchell also noted that it is critical for parents to make sure that their young people devote the practice and dedication needed to master the basics and more advanced skills.