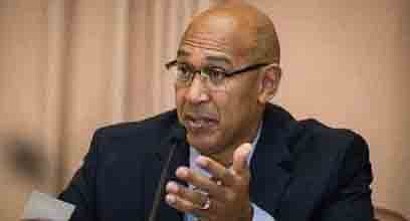 “It is imperative that diversity be a priority starting at the very top of every company in Silicon Valley and be woven into the fabric of every organization to create a welcoming environment for all,” said Assemblymember Chris Holden (AD-41), Chair of the California Legislative Black Caucus who is spearheading this endeavor.This venture has come to the forefront upon the heels of multiple incidents concerning diversity at Apple, including an article that was published in May of 2016 entitled, Apple’s Mostly White Board Says a Call for Diversity Is “Unduly Burdensome and Not Necessary.” From Apple’s most recent self-reporting, only nine percent of all Apple employees are African American. Furthermore, the percentage of African Americans in tech roles is eight percent while those in leadership is three percent. The numbers for Latinos, Asian Pacific Islanders, and women working at Apple are equally appalling.

Given the nature of the tech industry, data is a big deal. The diversity and inclusion data is disturbing because the leadership and workforce of the technology industry do not reflect the diversity of California or the customers that it relies upon for success. These numbers are not unique to Apple, but are consistent, if not more appalling, among the majority of the tech companies in Silicon Valley.

While there are many concerns with the lack of diversity within the tech industry, there are five key issues the Caucuses would like to see addressed:

Organized by TechNet and hosted by PayPal, the summit had top executives representing Uber, Lyft, General Motors, ChargePoint, SunRun, Bloom Energy, Instacart, along with the tech giants Google and Apple.

The caucuses hope to work with the tech industry leaders in an effort to increase the diversity and inclusion efforts in Silicon Valley and proposed outreach programs that would significantly benefit all Californians, specifically those underrepresented in the industry. There is high anticipation for the reaffirmation of the tech giants’ positions on diversity, inclusion, and retention of diverse talent through the deliberate actions taken on these fronts to improve the culture.