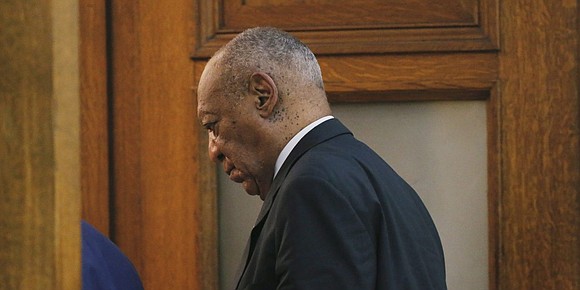 Bill Cosby said he channeled Nelson Mandela when prosecutors offered him a deal just before his trial for aggravated indecent assault started nearly two weeks ago, the NNPA Newswire has learned exclusively.

The iconic comedian said he recalled visiting Mandela, years ago, after the late civil rights champion had been released from his Robbins Island cell.

Cosby said he met Mandela at the cell, sat there and thought about what he had went through.

“I’m not guilty,” Cosby said, further explaining why he nixed the offer.

While a prosecution spokesman denied a deal had been offered, Cosby’s spokesman, Andrew Wyatt, confirmed that just before the trial began on June 5, prosecutors approached Cosby with a deal but the “I Spy” legend promptly declined it.

“We still hold to the truth that Mr. Cosby is innocent and this court should declare a mistrial,” Wyatt said Friday, as jurors entered their 49th hour of deliberations.

Cosby’s lead attorney Brian McMonagle has repeatedly asked O’Neill to declare a mistrial, but the judge has steadfastly refused, even angrily lashing out at the lawyer in front of media members.

A source connected with the defense said that the plea arrangement that the prosecution offered to the superstar included probation, registering as a sex offender and wearing a tracking device on his ankle while being forced on house arrest.

Cosby, 79, has been charged with three counts of aggravated indecent assault involving former Temple University employee Andrea Constand. The allegations revolve around an incident that occurred in 2004 at Cosby’s home near Philadelphia.

That a guilty verdict could potentially land Cosby in prison for as much as 30 years may leave many wondering why he didn’t accept the plea deal.

However, Cosby has appeared more upbeat than even his handlers and attorneys.

He has been seen smiling and even playful.

“Hey, hey, hey,” Cosby has said several times as he’s left the courthouse in response to a growing number of fans who have been coming out to the Norristown location.

The comedian even expressed appreciation to his fans via Twitter on Friday and, in a private moment in a conference room at the courthouse, Cosby also expressed gratitude to the Black Press for being fair in its coverage of the trial.