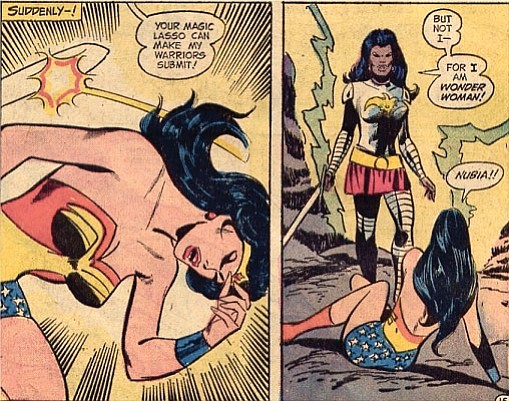 To say that DC’s “Wonder Woman” starring Gal Gadot as Diana Prince/Wonder Woman is a box office success is beyond an understatement. Directed by Patty Jenkins, “Wonder Woman” grossed a whopping $103 million in its domestic debut over the weekend—the biggest opening ever for a female director (and for good reason). The film was outstanding. Gadot as Wonder Woman thoroughly convinced the audience that she was able to handle and prevail over any obstacle that got in her way. Amazingly, I walked out of the theater feeling incredibly empowered not only because of Wonder Woman and her ‘kick-butt’ style, but because I saw powerful Black women displaying those same attributes, and it’s the first time I’ve ever seen Black Amazonian warriors depicted on the silver screen.

Much to my surprise, Black women had a definite presence in the film as Amazon warriors equal to their White counterparts. They were fierce fighters, and had license to speak … yes, they actually had speaking roles. Kudos to director Jenkins, for recognizing that Black women in America have a heritage linked to the history and mystery of Amazonian warriors from as far as Africa to right here in California. This topic sets the stage for another Super Hero, Wonder Woman’s sister Nubia, a Black warrior with powers that match that of her sister.

But there are stories based in Africa about fierce Black women warriors. According to author Stanley B. Alpern, history’s only thoroughly documented Amazons were African. They were the elite troops of the West African kingdom of Dahomey in the 18th and 19th centuries. Fierce fighters, they fought with fury and valor, seemingly immune to fear. No other group of women warriors, including those the Greeks dubbed Amazons has ever been more than a myth.

It is well documented that of the 44 people who founded the City of Los Angeles, 26 were of African descent. I was watching Ken Burn’s “The West” documentary and the narrator talked about a beautiful Black Amazon Warrior Queen named Califia. “What?” The genesis of the name begins with a story read by Spanish explorer Hernando Cortez. The 17th century best-selling adventure story was written by a Spaniard named Garci Oronez de Montalvo and published in Seville in 1510. The name of the book was “The Exploits of Esplandian.” According to the story, California was an island where only Black women lived, gold was the only metal and pearls were as common as rocks. The natives were the most powerful and ferocious women in the world.

Cortez, who entered Baja California, continuing his search for gold, and also searched for Califia. Her influence on him was so severe, he named the state after her. California means “The land where Black women live.”

Reportedly, California honored this history with works of art, but sadly not readily visible today.

For me, all this information sets up a solid platform for DC Comics to reintroduce Nubia to the world.