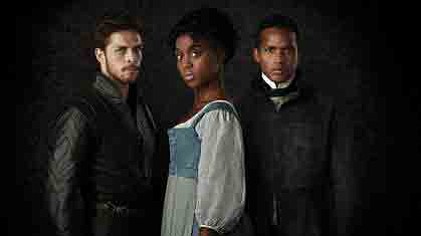 This summer, TV fare is going to be hot, hot, hot! A variety of new summer programming will be competing for your attention. Look for new takes on old themes and storylines that just may shock you.

For instance, popular actress Niecy Nash is starring in the new series “Claws.” No she’s not a werewolf, she’s a manicurist, but trust me you don’t want to make her mad. “Claws” follows five manicurists at the Nail Artisan of Manatee County in South Florida, where manis and pedis are merely a front for the money laundering going on for a nearby pain clinic. Nash plays Desna, the owner who cares for her mentally ill brother Dean (Harold Perrineau).

This show is produced by Rashida Jones and will premiere Sunday, Jun. 11 at 9 p.m. on TNT.

Here’s a delightful show that might raise some eyebrows, “Daytime Divas.”

Raven (Raven-Symone) and Chelsea (Anneliese van der Pol) are returning for a “That’s So Raven” spin-off. The BFFs are now two divorced single moms raising their families together under the same roof. One of Raven’s children has inherited her mom’s ability to see the future.

“Snowfall” FX’s newest addictive drama is set in 1983 Los Angeles, against the backdrop of the beginning of the crack cocaine epidemic. The story is told through a number of characters on a violent collision course, including a young, intelligent dealer played by actor Damson Idris.

“Somewhere Between” features actress Paula Patton and is based on a Korean thriller series. Patton stars as Laura Price, a woman who knows her daughter, Serena, will be murdered and goes back in time to try to prevent it.

Shondaland is going Shakespearean—literally—with the Grey’s Anatomy and Scandal creator’s new drama, “Still Star-Crossed”. The show follows what happens to all the major players of Romeo & Juliet after the young couple commits suicide. Rosaline takes center stage in the new take on a classic tale with Reign’s Torrence Coombs taking on the villainous Paris. The Montagues and Capulets are desperate to “bring peace” to their new city as a new prince takes over—but each family is still eager to control all of the power.

According to the show’s description, “Still Star-Crossed” embodies all your favorite Rhimes-esque soapy drama but with 16th century England costumes and luxurious set designs (the show was filmed on location in Spain last year).

Marvels “The Defenders” after each tackling their personal demons in their own series, Luke Cage (Mike Colter), Daredevil (Charlie Cox), Jessica Jones (Krysten Ritter), and Iron Fist (Finn Jones), will team up in Netflix’s latest Marvel superhero series. The eight-episode season is set one month after the events of Marvel’s “Iron Fist” and will feature the Defenders as they take on the Hand. Rosario Dawson—the only actor to appear in every prior series—will once again appear as Claire Temple. Sigourney Weaver also joins the cast as the head of an ancient organization.