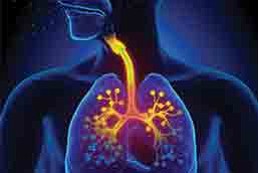 Public health officials have reported that Los Angeles County has witnessed a 37-percent increase in Valley Fever infections in 2016, compared to the previous year, continuing a seven-year trend of increases that has seen infections rise by nearly four-fold.

According to the county Department of Public Health, there were 714 reported cases of Valley Fever in 2016, up from 521 the previous year. Further, residents of the Antelope Valley are almost nine times more likely to contract Valley Fever than residents of the rest of the county. Men are reportedly twice as likely as women to be diagnosed, while the highest rates of infection are among middle-aged and older adults.

The infection is caused by a fungus spore that grows in certain types of soil. Patients become infected by breathing in spores present in airborne dust, typically during windy conditions or in areas where dust is stirred by activities such as construction or gardening.

Most people affected with Valley Fever show no symptoms, but some can develop flu-like illnesses, with severe cases leading to pneumonia or meningitis.

County officials said it’s unclear why the number of cases continues to rise, but they said changes in weather and rainfall could be contributing factors, along with increased reporting by health care providers.

Residents can reduce their risk of contracting the illness by trying to avoid breathing in dirt or dust, keep car windows closed while driving, use recirculating air conditioning, wear a mask in particularly dusty areas and avoid disturbing the soil where possible.

More information on Valley Fever is available online at: http://publichealth.lacounty.gov/acd/Diseases/Cocci.htm.