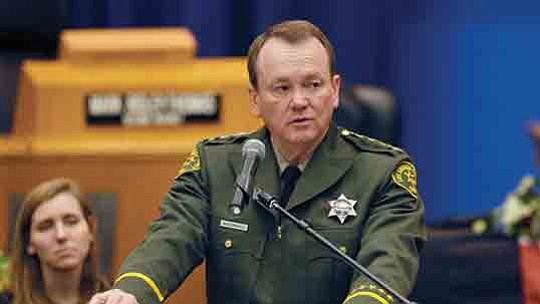 The Los Angeles County Sheriff’s Department this week began investigating an allegation against a sworn employee of misconduct involving a participant in the Deputy Explorer program.

“Sheriff Jim McDonnell and the department find the allegation alarming and disturbing and have launched a full and immediate investigation into the matter,” according to a sheriff’s department statement.

“While the alleged involved employee was not directly assigned to the oversight or management of the Explorer program, any proven criminal or other acts of misconduct that violate public trust, and that of our Explorer program, and which jeopardize the hard work and years of service that have been put into building our revered Explorer program, will not be tolerated.”

The alleged misconduct was uncovered as part of a countywide review of the department’s Explorer program, officials said.

“The review is continuing and the department is not aware of any other alleged misconduct involving any other Explorer program locations,” according to the sheriff’s department.

McDonnell has ordered “swift and appropriate action be taken to hold accountable anyone responsible for failing to protect our Explorers and the program,” according tot he sheriff’s department.

The employee’s position within the department was not disclosed.

“Working with the youth of our communities brings the highest level of pride and accomplishment, and any person who is deemed to have violated that privilege will be subjected to every available remedy by the department as permitted by law,” McDonnell said.

The news comes on the heels of a 31-year-old officer being charged with having sexual relations with a 15-year-old girl who was in the Los Angeles Police Department’s youth cadet program.