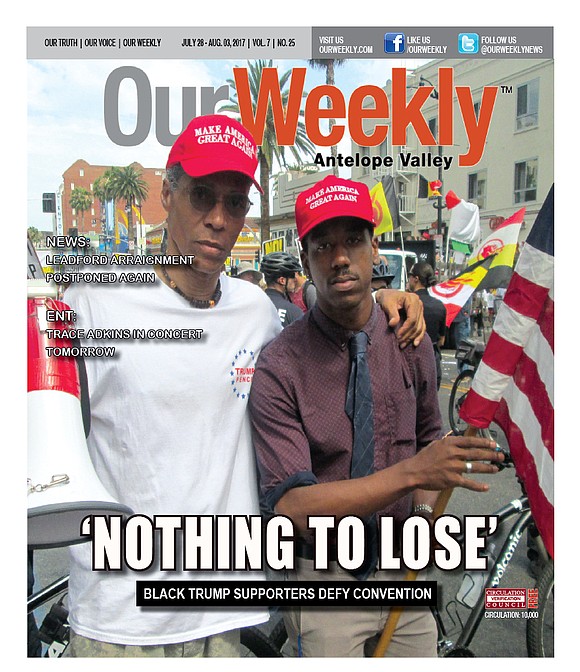 In the midst of stifling heat and perpetual foot traffic, hundreds of enraged protesters swarmed Hollywood Boulevard. Each participant had a message for our nation’s outspoken president.

“Fk Donald Trump!” one of them yelled. “Trump’s a fascist pig!” shouted another. “Assassinate the president!” screamed one more.

To describe the environment as bedlam would be a colossal understatement. It was a steamy, sticky Saturday afternoon, and emotions ran even hotter.

Picket signs hovered in the air like paper spaceships invading the town. A pair of demonstrators howled expletives aimed at Trump from an elevated platform on wheels. A supersized amplifier and Yamaha speakers worked in tandem to blast rock music in every direction. The sound rattled windows featuring the latest fashions of nearby clothing boutiques. Tourists snapped photos and called home to share what they’d seen. An army of police waited patiently for a disturbance—and there were plenty.

It was the type of pandemonium that ensues during most anti-Trump events, especially when outliers decide to crash the party. Anything can happen when these forces collide.

In tight formation, Bobby “R.C.” Maxwell and a posse of Trump supporters arrived fashionably late to the rally. His appearance elicited curious stares and expressions of bewilderment from onlookers. Sporting a red baseball cap emblazoned with Trump’s now-infamous slogan “Make America Great Again,” Maxwell waded through dozens of bodies until he was finally confronted by a shirtless, tattoo-flashing meathead.

“Are you serious, bro?” he asked coldly with judgment boiling in his eyes. “You talking to me?” Maxwell asked. “Yeah, I’m talking to you. You’re Black. Do you have any idea how you look supporting that prick (Trump)?” “No, asshole. Tell me.” “You look like an fking Uncle Tom. Why do you support a man who don’t give a shit about you or anyone here?”

The moment escalated quickly. Spectators watched eagerly as Maxwell and his new adversary jammed their foreheads together like two rams squaring off for battle.

“I fking dare you to swing,” the antagonist urged, fuming. “If I do, you ain’t waking up ‘till this rally is over,” Maxwell fired back.

Smart phones and other recording devices formed a jagged Halo around both combatants. If blows were thrown, the scuffle would’ve been streamed live on Facebook and seen by millions of viewers worldwide. But it didn’t happen. Cooler heads prevailed, and the police weren’t far away. For the umpteenth time, it would seem, Maxwell evaded a brawl. 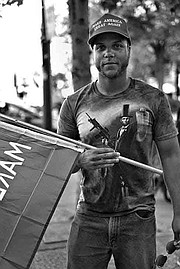 “This happens all the time,” he admitted during an interview. “I crashed a rally Downtown (Los Angeles), and some asshole called me a coon. We almost mixed it up, but the cops intervened. I’m not a fighter, but considering my political affiliations, many people view me as a target, especially Black people.”

He continued, “I find it pretty shameful that a Black man in America can’t wear anything overtly pro-American without fear of contempt. This contempt most commonly comes from White liberals and people who look like me.”