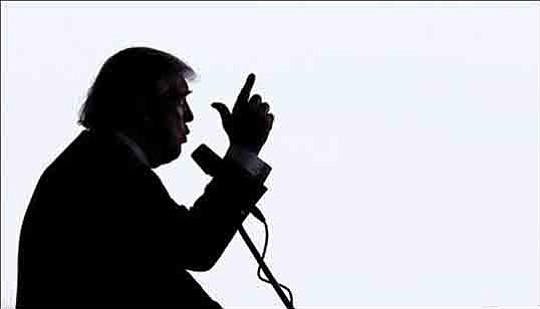 As it passes its six-month anniversary, the Donald J. Trump administration foreign policy is, to date, dominated by lingering inquiries about the Russian interference with the presidential election and North Korean saber rattling. The obligatory state trips aside, the new chief executive has been silent about the region that has increasingly become a focal point global economy in the past few decades: Africa.

The emergence of Africa, the world’s second largest continent as a significant factor in America’s international defense strategy was a major factor in the establishment of the United States Africa Command, (U.S. AFRICOM) in 2008.

The financial and political cache of this continent has fostered bipartisan assistance from both political parties. A prime example, President George W. Bush’s Millennium Challenge Corporation has, since 2002, funneled hundreds of millions of dollars into African (and Latina American) countries for education, health, land management, and so on. President Barack Obama’s Power Africa (https://www.usaid.gov/powerafrica/aboutus) has provided electricity to vast stretches of this developing continent since 2013. Regardless of political affiliation, the value of benevolent assistance (and its potential as a conduit for access to the mineral treasures coveted by the rest of the world) to this geographic jewel is understood, especially by China (since 2009 the top trading associate for the entire continent, at over 100 billion annually, according to Johns Hopkins University’s China Africa Research Initiative), a world power that Trump has recognized as a potential rival on the world marketplace.

Amidst the bombast and posturing of his landmark presidential campaign, foreign policy seemed to take a back seat to the eventual victor’s primary mandate of elevating the economy (a Bloomberg Businessweek report from July, 2016 reported a team of Trump executives traveling to Cuba, to explore the possibility of establishing golf courses in that socialist bastion).

As noted in Trump’s proposed 2018 budget (https://www.whitehouse.gov/sites/whitehouse.gov/files/omb/budget/fy2018/budget.pdf), humanitarian aide worldwide would be slashed by 30% (while more funds will be shifted towards defense spending), underscoring his perception of Africa as an area to be considered primarily as a security concern (due to its potential as a haven for Al-Qaeda, Isis, and other jihadist terrorist organizations). Meanwhile, China is maintaining or increasing its funding to the region, thus increasing its already formidable footprint in the area.

While China is the major presence, Brazil and India have a foothold too, while North Korea has long established trade relationships (including military equipment) with Angola, the Congo, Eritrea, Namibia, and Uganda. Revenues from these international arrangements have helped fund the North Korean ballistic missile and nuclear weapons programs, areas of increased concern to the United States defense apparatus.

Another sign of the low priority the region has in the Trump administration’s political blueprint is its inability/unwillingness to fill the post for Africa at the National Security Council (NSC) a half-year into presidential tenure. Trump’s initial pick, Robin Townley, an ex-Marine and deputy to embattled former adviser Michael Flynn, was rejected by the CIA as a poor security risk. Rudolf Atallah, an Air Force and Pentagon veteran, also failed to pass muster, with Cyril Sartor, an African American deputy assistant director at the CIA, reportedly now a leading candidate.

Another high-level regional job for that area, the chair at the State Department’s Africa Bureau remains unfilled. This leaves the task of managing diplomacy in that chronically volatile continent undermanned.

The problems of selecting/maintaining personnel at high levels within the presidential hierarchy have been a visible issue since the changing of the guard in January, evidenced by the current drama between the President and his Attorney General Jeff Sessions.

In sharp contrast to his immediate predecessors John Kerry and Hillary R. Clinton, the current Secretary of State, Rex Tillerson, has kept a low profile (judging by the recent coverage of his relationship with Attorney General Sessions, and his past associations with ousted FBI Director James Comey and others, the current chief executive does not encourage autonomy among his subordinates). The White House rejection of Tillerson’s staffing selections, and interoffice disputes have fueled resignation rumors even as the senior diplomat denies any possibility of stepping down.

Locally, at the University of Southern California, the annual African Global Economic and Development Summit in March was a disappointment because none of the 60 invited delegates were able to attend. The summit was begun in 2013 to encourage American investment in the Dark Continent. Trump’s widely publicized travel ban for American travelers includes three African countries (Libya, Somalia, and Sudan) out of the six on the list.

None of these banned nations were scheduled to appear at the USC conference, but the fallout from the ban inhibited procurement of visas and other documents to legally enter the U.S., impeding the possibility of increased commerce in that part of the globe, and providing opportunities for other foreign powers (and future rivals to American interests). In this way, the decisions geared to maintain the internal safety of the homeland in due course undermine the long term influence of American foreign policy and global influence for years to come.