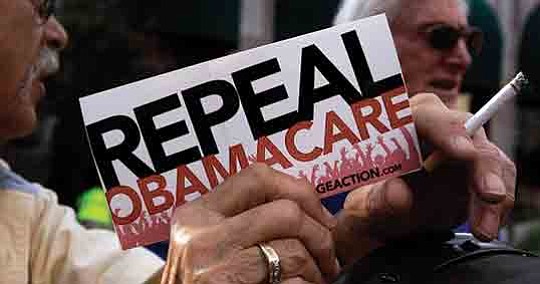 As Republicans advance their campaign to roll back the Affordable Care Act, the Senate this week voted by a slim margin to begin debating legislation to repeal and potentially replace large sections of the 2010 law. This week, members of the Los Angeles County Board of Supervisors accused legislators of playing with people’s lives and failing to seek input from those charged with providing care.

Supervisor Mark Ridley-Thomas said healthcare was a critical focus of a meeting last weekend of the National Association of Counties.

“The healthcare debate should be about improving outcomes and not just a budget exercise,” Ridley-Thomas said, citing broad consensus among county officials nationwide, without regard to partisan politics.

If Obamacare is repealed, Congress will create “a massive cost shift ... for counties to bear” and given its size, “Los Angeles County would be the county most adversely impacted,” Ridley-Thomas said, adding that the county could stand to lose as much as $1 billion in funding.

Supervisor Kathryn Barger, who also attended the NACO meeting and is the sole Republican on the non-partisan county board, agreed.

“It’s being done in Washington without seeking the input of the providers,” Barger said. “It’s people’s lives being played as a political pawn.”

Senate Majority Leader Mitch McConnell is pressing for a vote, though it remained unclear this morning whether senators would be asked to open debate on a replacement healthcare bill or a repeal without a ready alternative.

Republicans have long sought to repeal the healthcare law, saying it has driven the cost of healthcare premiums and deductibles up to a level that many Americans can’t afford and created insurance market imbalances that cannot be sustained.

President Donald Trump pushed Congress to fulfill its pledge to repeal the ACA in a speech Monday, calling Obamacare “disastrous” and a “nightmare.”

County officials are particularly concerned about cuts to Medicaid as a result of a repeal, saying that cuts would disproportionately affect elderly and disabled individuals and take away a critical tool in fighting the opioid epidemic nationwide.

Nearly two-thirds of 2011 Medicaid expenditures benefited disabled and elderly Americans, even though they made up less than one-fourth of the program’s enrollees, according to NACO. That data predates the roll-out of the ACA, which expanded access to Medicaid.