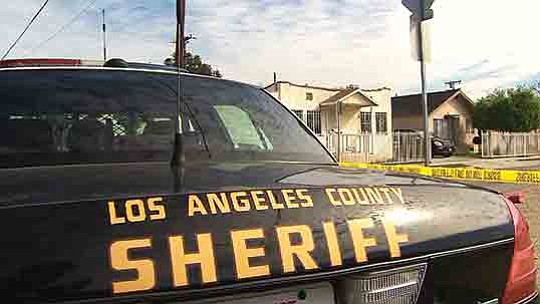 After California’s 2nd District Court of Appeal’s decision to uphold a lower court’s injunction blocking Los Angeles County Sheriff Jim McDonnell from releasing a list of 300 deputies’ names with a history of misconduct to prosecutors, local watchdog group Dignity and Power Now (DPN) is soliciting tops from the public on bad sheriff’s deputies who are still on the job.

Inspired by the Guardian’s The Counted project, which counted the number of people killed by the police and other law enforcement agencies in the U.S. between 2015 and 2016, DPN, a grassroots organization based in Los Angeles that advocates for incarcerated people and their families, has launched TheProblematic.org, a similar collaborative project aimed at holding L.A. County Sheriff’s deputies accountable by asking the public to report any violence they’ve experience by a member of the sheriff’s department. The launch of the website comes after disgraced former Sheriff Lee Baca was convicted of making false statements to federal investigators, conspiracy and obstruction of justice and given a three-year sentence.

“We decided to make our own list with data collected from news sources, public records and the survivors of sheriff violence,” explained Black Lives Matter co-founder and DPN founder Patrisse Cullors. “This website is designed to give the public insight into who are the deputies harming their communities. Right now even the sheriff can’t do that, and that makes it impossible to hold the Sheriff’s Department accountable. Bottom line—somebody has to do it. The Civilian Oversight Commission isn’t doing it and the courts aren’t doing it.”

Currently there are approximately two dozen deputies featured on the website including Deputy Tai Plunkett who accosted renowned private investigator Ken Sheppard. Sheppard, who is known for busting reality TV series “Bridezillas” star Anita Maxwell for insurance fraud, was conducting surveillance in Montrose in 2014. Video shows that Deputy Plunkett approached Sheppard’s vehicle, asked him what he was doing and then grabbed hold of Sheppard’s wrist and refused to let go. When Sheppard went to remove an earpiece, Plunkett drew his gun. As other deputies arrived, video and audio captured them allegedly trying to concoct charges to level on Sheppard when a run of his license plate and driver license came back clean. Sheppard filed civil lawsuit, but the jury sided with Sheriff’s Department and the case is currently being appealed. Plunkett remained employed by the Sheriff’s Department.

A lack of transparency is one of the biggest challenges in improving law enforcement conditions for our communities,” explained Michele Ynfante, DPN civilian oversight campaign lead and state policy advocate for DPN. “There is no way to determine if a situation was handled appropriately if only high-level sheriff employees have access to records and the results of an investigation,” Ynfante said. “This secrecy jeopardizes the safety of the community—specifically Black and Brown communities that are disproportionately policed and imprisoned. Fear should never be an excuse to allow abusive deputies to run amok in unaware communities. We shouldn’t and can’t place blind trust in the sheriff’s internal disciplinary systems to do their jobs. It’s been proven again and again that ‘Bonnie’ cannot objectively investigate ‘Clyde.’”

Members of the public are encouraged to visit TheProblematic.org and submit any tips they have on sheriff’s deputies engaged in misconduct that are still on the job. Video, audio, photos are accepted and all submissions are confidential unless victims ask to be identified. Tips can also be submitted via email at tips@theproblematic.org. The site will be continuously updated with information.