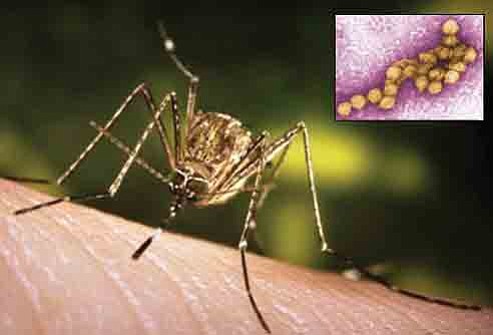 The Antelope Valley Mosquito and Vector Control District (AVMVCD) has reported that chickens from sentinel flocks in Palmdale and Lancaster have tested positive for West Nile Virus. Sentinel flocks are those chickens and other poultry which have been placed in restricted areas for testing for antibodies in their blood (seroconverted), including strains of West Nile Virus.

Five chickens reportedly came from a flock in West Palmdale near 50th Street West and Avenue N, and two other chickens were found in a coop near Division Street and Avenue H-8 in Lancaster.

“The recent heat has been perfect for mosquitoes to develop quickly and spread the virus,” said Cei Kratz, manager of the vector control district. “Mosquitoes only take five days to develop from egg to adult, and standing water turns green in no time.”

The district contracted with an aerial surveillance company to take photographs of the area in June. Officials identified at least 1,000 swimming pools that appeared suspicious. Since then, teams have been dispatched to alert homeowners to either maintain or drain pools to avoid creating mosquito habitats.

Residents with pools or ponds should remove stagnant water from their yards because mosquitos will lay eggs in these areas. Even birdbaths, water fountains, or small toys can fill up with stagnant water and become a breeding ground for mosquitos. Earlier this month, the California Department of Public Health reported 51 dead birds, 490 mosquito samples, and two sentinel chickens (not including those discovered in the Antelope Valley) having tested positive for West Nile Virus. Three human cases were reported in Los Angeles, Kern and Kings counties.

Authorities have some tips for keeping West Nile Virus at bay:

—Regularly check property for standing water and dump or drain it;

—Keep screen doors and windows in good repair and close them;

—Don’t use “bug zappers” near your patio;