L.A. Trade Tech brings an homage to the Ebony Fashion Fair on Saturday 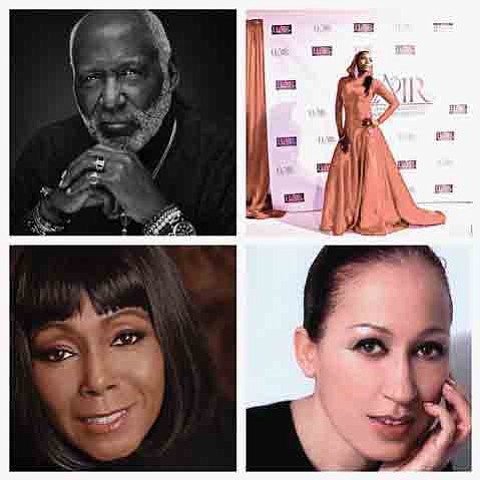 Since its founding in 1925, Los Angeles Trade–Technical College (LATTC) has established a reputation for providing a first- rate design education at a fraction of that charged by prestigious private institutions. Tomorrow and on Saturday, July 21 and 22, the Trade Tech campus will showcase the talents of its latest generation of fashion designers, along with established African-American stars of the industry, as it hosts FLAIR (Fashion Legacy Association for Industry Recognition) 2017.

A non-profit, 501(c)3 organization founded by model-turned-business executive Faye Clerk Moseley, FLAIR 2017 is produced by Onlave Signature Productions’ CEO Ontwanet Moran, along with Lauren Venise and Alana Smith. The centerpiece of this two-day extravaganza will be a commemoration of the historic Ebony Fashion Fair® show, from 6 p.m. to midnight, entitled “An Evening of Hollywood Glamour.” Ebony Fashion Fair® initiated the showcase of African-American models, and served as a conduit for women of color to access the world of mainstream fashion from 1958 to 2009. Its influence extended far beyond the realm of fashion, as it heralded a sense of accomplishment for the newly “arrived” Black middle class. Along the way, it raised tens of millions of dollars for charities such as the United Negro College Fund, Reading Is Fundamental, and the National Council of Negro Women. Some 500 former Fashion Fair® alumnae belong to FLAIR.

The evening’s honorees will include local fashion designer Linda Stokes of LSO Designs, and actor and former Fashion Fair model Richard Roundtree of “Shaft” fame. Also honored will be two of the most celebrated beauties of American culture, Pat Cleveland and Judy Pace.

A Harlem, N.Y. native, Pat Cleveland paved the way for Black models with her theatrical manner of walking the runway. During her tenure with the Ebony Fashion Fair®, she was harassed by the Ku Klux Klan, and courted by an up-and-coming boxer named Muhammad Ali (she declined his marriage proposal when he mandated she stop wearing miniskirts).

Moving to Paris to escape the racism of her homeland, she participated in the landmark “Battle of Versailles” fashion show of 1973. Originally conceived as a fundraiser to restore the roof of the legendary 15th century Château, it marked the emergence of American fashion as an entity in its own right. Previously “riding the coattails” of their European brethren, designers on this side of the Atlantic had no real identity of their own, and in mounting this show they dispensed with the rigidity and formality that defined Old World fashion, and designers like Stephen Burrows made their presence known in the global arena.

Key to the Americans’ “coming out of the shadow” of European fashion trendsetters was the participation of 11 Black models (including Cleveland), who wowed the crowd of jetsetters with their swaggering projection of attitude and audacity on the catwalk. Foremost among them was Pat Cleveland, who elevated the act of showing off a garment into performance art.

Judy Pace broke a different kind of color barrier. Previously, successful Black actresses who did achieve success before the camera tended to possess skin hues the color of honey or lighter. Her even features and espresso skin tone helped broaden the definition of beauty for women of color.

A native Angelino, her mother was a clothing designer who ran a lady’s boutique at Crenshaw and Jefferson boulevards for decades. Following in the footsteps of her elder sister Jean, (a singer, dancer, and vision of loveliness in her own right, known to literally stop traffic), Pace parlayed her stint with the Ebony Fashion Fair® into a lucrative motion picture and television career. A referral by fellow Dorsey High classmate (and future 5th Dimension singer) Marilyn McCoo led to a contract with Columbia Pictures, leading to tenures with pop culture icons Roger Corman and William Castle.

Among the highlights of her career were being selected as the image for Pepsi Cola in its national ad campaign, being cast as the first Black villainess in the cultural TV touchstone “Peyton Place,” performances in the “Blaxploitation“ movies of the 1970’s, soap operas, and becoming the first Black actress to lead a television series in “The Young Lawyers” (1969-1971).

Initially married to actor Don Williams of “Ironside” fame, Judy Pace has toiled to carry on the legacy of her second husband, baseball Hall of Famer Curt Flood, who sacrificed his career by laying the ground work for free agency in professional sports. Towards that end, she serves as Ambassador to the Major League Baseball Players Trust. Among her other achievements, she is the founder along with her friend Nichelle Nichols (of “Star Trek” fame) of the nonprofit Kwanza Foundation, honoring women of color working in front of and behind the camera.

Among the evening’s events at this six-hour event are dinner, a no-host bar, and dancing. All of the proceeds will go to the FLAIR Cares Mentoring & Scholarship Program, enabling tomorrow’s contributors to the fashion industry to gain a foothold in their chosen profession.

Ticket prices for this event vary, and maybe purchased online at https://www.flairinc.org/.