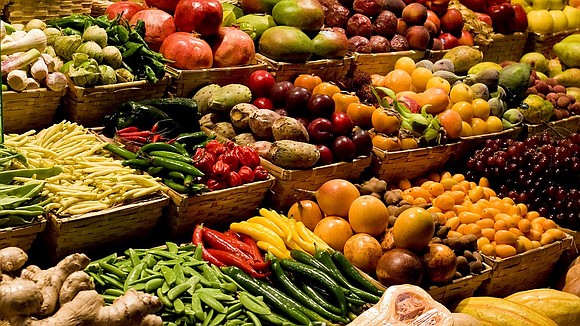 With Amazon gobbling up Whole Foods, California’s food elites wasted no time calling on the Internet retail company to use the acquisition as a means of revamping the nation’s food system.

This is a discussion worth having. But, the rich people in the San Francisco Bay area and chefs like Alice Waters have it all wrong. The goal shouldn’t be to make sure everyone has the luxury to buy designer lettuce grown on 14 different local organic farms, as is the case with Chez Panisse (Waters’ five-star Berkeley restaurant).

Rather, the goal should be to make sure fresh fruits and vegetables are readily available to those who need it most—people living in urban centers and rural outposts who don’t have easy access to grocery stores and affordable produce. Many of them don’t own cars to easily travel to grocery stores. Instead, they have few options other than fast food and junk snacks sold at corner stores.

What’s even more sad is that contrary to popular belief, “organic” foods are not healthier. A comprehensive study in 2012 by Stanford University’s Center for Health Policy shows that organic foods are “not nutritionally superior to conventional alternatives,” in addition to costing a third more.

The U.S. Department of Agriculture (USDA) estimates that in California alone, more than one million people live in these food deserts. Not surprisingly, the inhabitants of food deserts are predominantly low-income and ethnic minorities. This demographic, unsurprisingly, suffers the most from poor diets resulting in obesity and the adverse health issues associated with it.

According to the Food Empowerment Project, the incidence of Type 2 Diabetes has risen across demographic lines in recent years; however, the greatest increases have occurred among people of color. The highest rates of escalation have been identified in Native American youth, African-Americans and Latinos of all age groups, with these groups suffering disproportionately higher rates of type 2 diabetes compared to whites.

These are also the groups most likely to live in food deserts, and researchers have established a strong correlation between food insecurity and increased diabetes rates. One study of Chicago neighborhoods found the death rate from diabetes in food deserts to be twice that of areas offering access to grocery stores.

Closer to home, “children in the low-income neighborhoods of Boyle Heights, Southeast L.A., South L.A., and near the Port of Los Angeles live with a 30 percent obesity rate,” according to a 2015 article published by the Pacific Standard. “Compare that with the more affluent and majority-white areas of Bel-Air/Beverly Crest and Brentwood/Pacific Palisades, where less than 12 percent of children suffer from obesity. In South Los Angeles and other low-income areas, McDonald’s and Burger King are on every corner, and grocery options are scarce.”

A major first step toward improving the health of people living in food deserts would be for the food elites and environmental community to stop promoting fear and shaming people for not eating organic fruits and vegetables, which should be noted are more expensive than conventionally grown produce.

A peer-reviewed study released in 2016 found that these organic-only campaigns push low-income people away from eating any fruits and vegetables—which is truly disturbing given that the Centers for Disease Control estimates that only one in 10 Americans eats the recommended amount of produce every day.

The United States—and California in particular—have the most stringent pesticide laws and regulations in the world. Our produce is among the safest on the planet. Unnecessarily mongering fear about pesticides and seeking to zealously impose organics on Americans is a true disservice to public health.

A five year study U.S. study of dairy farms—conducted by Oregon State University and released in 2016—objectively shows no difference in disease occurrence on conventional dairies versus organic dairies; however, the freedom given to organic farm animals increases their exposure to various parasites and predators, as stated by the Norwegian Scientific Committee for Food Safety.

Decades of nutritional research shows that increasing consumption of produce can improve health and prevent diseases, like cancer, heart disease, diabetes and obesity. For example, in a paper published in the journal of Food and Chemical Toxicology, it was found that if half of Americans increased their consumption of a fruit and vegetables by a single serving per day, 20,000 cancer cases could be prevented annually.

If Alice Waters wants to nudge Jeff Bezos (Amazon founder and chief executive) to change the way Americans eat, she should instead focus on bringing affordable and conventionally grown produce directly to people living in food deserts. A debate about the virtues of coming from a neighborhood farm versus another country is a luxury the average American simply can’t afford. Waters might as well tell people to buy food grown on the moon.

If Amazon is bent on revamping our food delivery system, it should devote itself to promoting food justice by making fresh produce available for all—not designer-organic food for the few.