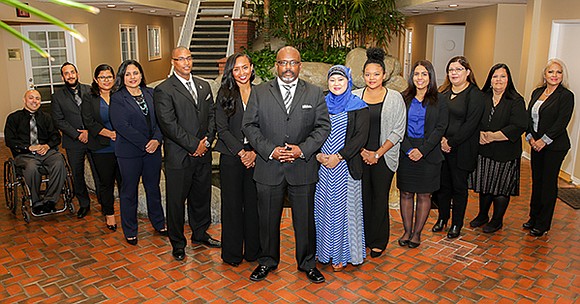 Nationwide — The Law Office of Zulu Ali in Riverside, California has been named one of the 10 Best Law Firms in California for Client Satisfaction in the areas of Criminal Defense, Immigrations, and Personal Injury by the American Institute of Legal Counsel (AIOLC). The annual list honors exceptional performance by California law firms in selected areas.

The AIOLC is a third-party attorney rating organization that publishes a yearly list of the Top 10 Law Firms in each state. Attorneys and firms selected to the “10 Best List” must pass AIOLC’s rigorous selection process, which is based on client and/or peer nominations and AIOLC’s independent evaluation of attorney’s relationships with and reputations among their clients.

The law firm was founded by its owner and principal attorney, Zulu Ali, a Tennessee native, former police officer, and U.S. marine veteran, who was inspired by the work and legacy of civil rights attorneys Thurgood Marshall, Avon Williams, Jr., Charles Hamilton Houston; and other advocates and leaders of the civil rights movement. The mission and philosophy of the firm is to advocate for changes in the law when the law is unjust.

Although the mission and diverse makeup of the law firm subjects it to immense scrutiny, the firm continues to be inspired by its mission to preserve and fulfill the legacy of those leaders and advocates of the past who sacrificed in order to make a more just society.

“I believe the mission of a lawyer should be to strive for change and challenge the courts when there is injustice. In our firm, we put it on the line despite the immense scrutiny and consequences we may face. But for brave attorneys and advocates who are willing to step out the box, we would still be in segregation or servitude if the laws and courts were not challenged. Many attorneys and advocates are chilled and neutralized because they are usually targeted, ridiculed, and subjected to reprimand or worst when they test the status quo, but it is necessary despite the risks” Principal Attorney Zulu Ali adds.