Thanks, but no thanks: CBC rejects second meeting with Trump 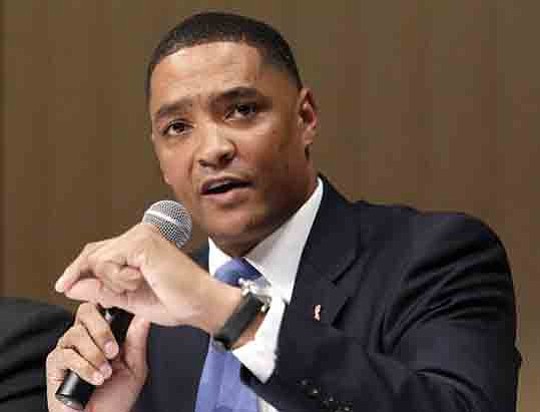 Congressional Black Caucus Chairman Cedric Richmond (D-La.) rejected an offer from the White House to meet with all 49 members of the caucus, citing steps that the Trump Administration has taken, “that will affirmatively hurt Black communities.”

The letter also noted that roughly 60 percent of the proposed cuts in Trump’s budget plan will slash programs that serve the most vulnerable Americans.

“For example, you propose a $4 billion cut to Pell Grants that help low-income college students pay their tuition,” the letter said. “You also proposed the complete elimination of the Low Income Home Energy Assistance Program (LIHEAP), which helps seniors and other helpless populations heat their homes in the winter and cool them in the summer.”

The letter continued: “[Attorney General Jeff Sessions] issued guidance to federal prosecutors to accelerate the failed war on drugs that will continue to wreck the Black community and exacerbate our nation’s shameful scourge of mass incarceration. Attorney General Sessions has also explicitly stated his unwillingness to utilize consent decrees to protect the civil rights of Americans and has called for an agency-wide review of these agreements. These shortsighted decisions represent willful ignorance by relying on ideology instead of data and compassion.”

Although Richmond speaks for the entire caucus, some CBC members are divided on the next move. In the letter, Richmond suggested that Trump reach out to individual CBC members. Some CBC members would like a smaller group to meet with Trump. Others, such as Rep. John Lewis (D-Ga.) told the NNPA Newswire that “it’s up to the individual member” when asked about the invite.

Rep. Al Lawson (D-Fla.), who is a freshman member to the United States Congress, but a veteran lawmaker from Florida, spoke with NNPA Newswire in June and said that he wants to meet with Trump.

“I talked to Omarosa [Manigault] about the opportunity to meet with [President Trump] and talk about some issues that are very important to me in Florida,” said Lawson. “I think it’s important to meet. I might not agree with his issues and his politics but we’re here to work. This is someone who is going to be here for the next three and a half years. You have to work with him.”

A substantive meeting between the president and the entire CBC would be a long shot.

“Given the lack of response to any of the many concerns we have raised with you and your Administration, we decline your invitation for all 49 members of the Congressional Black Caucus to meet with you,” wrote Richmond. “The CBC, and the millions of people we represent, have a lot to lose under your Administration. I fail to see how a social gathering would benefit the policies we advocate for.”

Lauren Victoria Burke is a speaker, writer and political analyst. She appears on “NewsOne Now” with Roland Martin every Monday. Lauren is also a frequent contributor to the NNPA Newswire and BlackPressUSA.com. Connect with Lauren by email at LBurke007@gmail.com and on Twitter at @LVBurke.