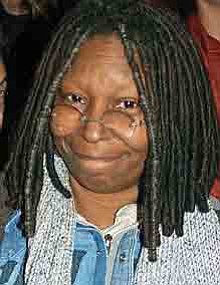 Whoopie Goldberg recently made headlines when she was among 10 First-Time Victors in the Historic Academy Board of Governors Elections. Not one to bite her tongue, Goldberg who currently hosts ABC the “View;” will surely use her voice for change.

Social activist April Reign, who created #OscarsSoWhite, made sure it became a global discussion. As a result, and despite protests from members of the academy with longstanding participation, changes were gradually being made which in no way interfered with the prestige and history of the Academy.

But this year, those honored were far more diverse. Mahershala Ali (Moonlight) and Dev Patel (Lion) best supporting actor nominees, while three of the best supporting actress nominees were Black: Viola Davis (Fences), Naomie Harris (Moonlight) and Octavia Spencer (Hidden Figures). Previously, there has never been more than two African-American nominees competing against each other in the same category.

To bring you up to date; according to The Hollywood Reporter (THR) Hollywood’s premier awards-dispensing organization revealed the results of its annual board of governors election, and no fewer than 10 of the board’s 17 seats that were up for grabs this year were won by individuals who had not previously served on the board, which included Oscar winner Goldberg, ‘Ghost’ (1991) Best Actress in a Supporting Role.

The Board of Governors sets the Academy’s strategic vision, preserves the organization’s financial health, and assures the fulfillment of its mission.

The academy’s board meets several times a year to approve new members, consider Oscars rule changes and help plan the annual Academy Awards telecast, among other responsibilities. In addition to continuing to advance the academy’s ongoing diversity push, the board will play an important role in overseeing the building of the long-delayed Academy Museum expected to open in 2019 and later this summer will select a new president to succeed Cheryl Boone Isaacs, who is nearing the end of her final term.

To give you an idea of how sweeping the issue of diversity is to the Academy, here is a list of the branches being represented: actors, associates, casting directors, cinematographers, costume designers, designers, directors, documentaries, editors, executives, members-at-large, producers, public relations, short films and animation, sound, visual effects, and writers.

When the new board members are sworn in, the board will be comprised of 33 men and an unprecedented 21 women.