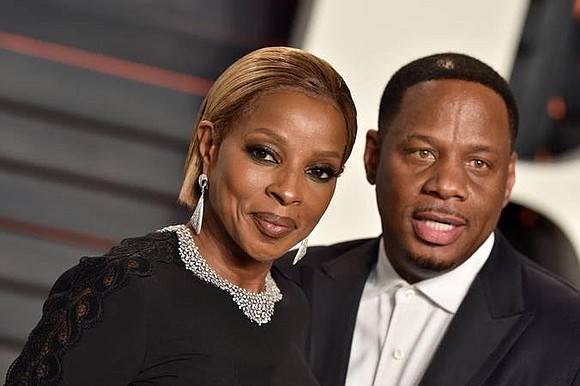 Mary filed for divorce from her husband of 12 years in July of 2016, and last month she was ordered to pay Isaacs $30,000 a month in temporary spousal support.

“How is it that somebody gets to cheat and destroy everybody’s life but I’ve got to pay for it? That ain’t fair! ” she told the audience of mostly women.

Mary admits that prayer got her through the darkest moments.

“Being Mary J. Blige the celebrity is secondary and I’m a human being first and I suffer just like everyone else,” said the singer. “I believe that I wasn’t given this career or this job as a singer or this gift from God to sit down and say, ‘I’m going to suffer from the world in silence and die.’ And it’s therapeutic for me as well. So, you know, that’s why. It’s not just for me.”

Now that marriage and divorce have helped Blige achieve true strength, she noted during the panel what she would tell her younger self.

Check out a clip from Mary and Tamron’s conversation above.