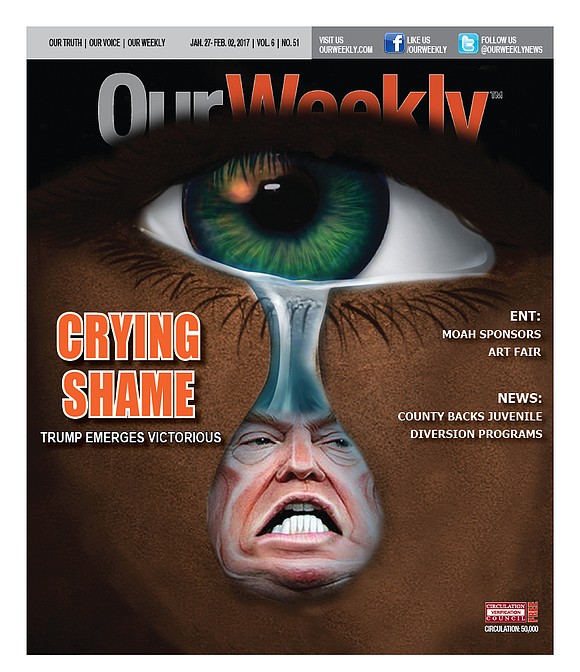 It was all but inevitable.

An upstart candidate, a celebrity to be sure, but with no track record in political office or other tangible experience to speak of, up against former first lady, senator, and Secretary of State Hillary Rodham Clinton, a marquee figure with international name recognition for the highest office in the land. Just a year ago, reputable media onlookers considered investment tycoon Donald J. Trump a long shot, even among the 17 challengers vying for the Republican presidential nomination, which included a cluster of distinguished senators (Ted Cruz of Texas, Rand Paul of Kentucky, Marco Rubio of Florida, and Rick Santorum of Pennsylvania) and numerous ex-governors (Jeb Bush of Florida, Chris Christie of New Jersey, Jim Gilmore of Virginia, Mike Huckabee of Arkansas, and John Kasich of Ohio.)

By May 4, however, after a decisive victory in the Indiana primary, Cruz excused himself, leaving Trump as the presumptive candidate. Even then, the road to the White House was considered an iffy proposition at best, with the fragmented GOP (Grand Old Party) “… perceived to be at its weakest since the 1930s” (http://2016.republican-candidates.org/).

By now, the truth is some two months old, and the nation (and world) is still struggling with the undeniable: an abrasive, narcissistic, thin-skinned (possibly latent) misanthrope with an apparent self-destructive streak is our 45th President of the United States. In this the week after his inauguration, with the help of several left coast African American political scientists we will further attempt to explain the unexplainable.

Trump’s campaign was distinguished by his willingness to insult virtually anyone as evidenced by a September 2004 interview, where Trump told radio shock jock Howard Stern that his daughter (Ivanka), who was 22 years old at the time, was beautiful.

“What kind of man lets his daughter be degraded that way to millions!” asked staff writer Conor Friedersdorf in the Nov. 1, 2016 issue of The Atlantic. Friedersdorf went on to chronicle Trump’s ridiculous accusation that Cruz’ father helped engineer the JFK assassination; disparaging remarks about women; and a plethora of questionable business dealings indicating that Trump is not above “stiffing” the scores of employees who toil for him in his various enterprises around the globe.

“… people in both camps thought—reasonably so—that Trump simply could not overcome his apparently abhorrent record with women, or his numerous gaffes, rants and tweet storms, or the constant dysfunction and turnover in his campaign team,” said Davin Phoenix, Assistant Professor of Political Science at U.C. Irvine

Political scientist Robert Smith at San Francisco State University was one of the few who considered the possibility of a Trump victory. He expressed this in an Our Weekly interview early last summer (“Rise of the Far Right, June 3, 2016). None-the-less, he was taken aback by the election results.

“I was actually astonished!”

Smith believes that there is generally “a period of retrenchment” in the wake of any significant progressive advancement. In other words, the pendulum swings in the opposite direction (towards the right) to compensate for the phase of liberalism (or leftist sentiment) that has transpired.