A look at the legacy of Barack Obama 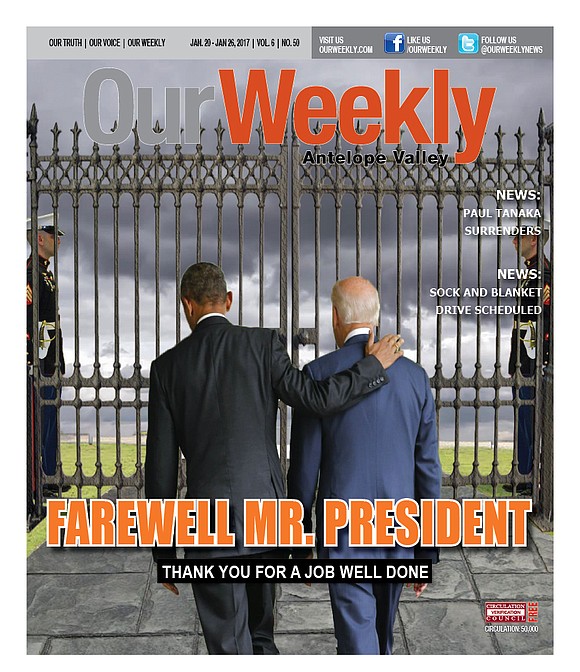 In a lot of ways, it is too early to properly evaluate the presidency of Barack Obama.

Such a process regularly needs to marinate for a while, and let more facts of a particular presidency come out. That truism has not stopped the mad rush to get evaluations and comparisons done, however.

In one of his final interviews aired this week, President Obama said that being president was akin to being a relay runner; you get elected, take the baton and run your part of the race as best you can, and hopefully gain or hold a lead, then pass the baton off to the president next in line. The presidency is about successfully handling your part of the race, then moving on.

He had all the elements thrown at him to thwart him: rain, sleet, mud, ice, and a unified, obdurate Republican Party willing to trip him, push him, and otherwise block his way. He was jostled more than once by other runners. But was he successful, still? While sympathy may go to the fallen, so will disappointment and disdain.

When he first took office in January,

2009, the Great Recession was in full effect. Unemployment was more than 10 percent and rising, the country’s financial system was tipping on the brink of collapse, the global financial system was imploding, the USA had more than 183,000 combat troops fighting in two very costly wars without end, a majority of Americans, especially children, had no healthcare insurance, the American auto industry was speeding its way toward death, and the country’s budget deficit was more than $1 trillion dollars and rising, among other challenges.

The lone advantages he had against this phalanx were Democratic majorities in both houses of Congress (at least until January 2011), a large electoral mandate, and world-wide popularity that wanted him to succeed. He also had, he said, a dogged determination to get the job done. While he had preached hope and faith, he was a pragmatist when it came to dealing with the problems at hand.

With him at the helm, the auto industry was saved; a federal stimulus package was legislated, disseminated, and worked; universal healthcare was instituted; unemployment was cut in half; employment hit a sustained growth stride; and ground troops in at least the Iraq war were substantially reduced and Iraqis were trained to fight their own battles.