George Thorogood at LPAC for one-night-only on March 5 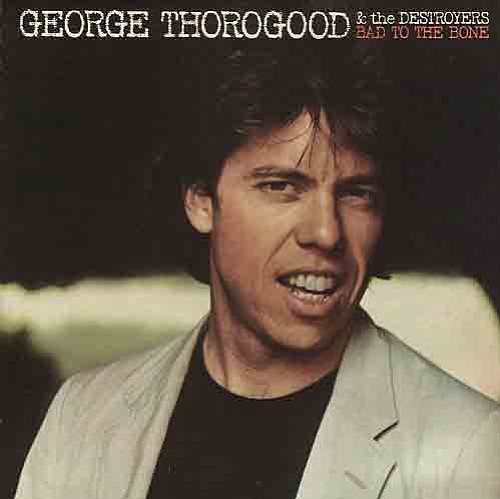 George Thorogood and the Destroyers will perform for the first time March 5 at the Lancaster Performing Arts Center.

George Thorogood is one of the most popular and sought-after acts on the rock ’n roll circuit. His new Rock Party limited tour this spring will feature all of his favorite songs over the past 40 years that have seen the band amass millions of fans around the world. Along the way, the group has six gold and two platinum discs to its credit. Among their biggest hits are a cover versions of Hank Williams’ “Move It On Over,” Bo Diddley’s “Who Do You Love?,” Chuck Berry’s “It Wasn’t Me,” “One Burbon, One Scotch, One Beer” (a rearrangement of John Lee Hooker’s “House Rent Blues”), “I Drink Alone,” and the rock ‘n roll anthem and signature tune “Bad To The Bone.”

Thorogood’s interest in music began as did most young people in the 1960s: He saw the Beatles on “The Ed Sullivan Show” and the Rolling Stones on “Shindig.”

“That’s it. That’s what I want to do,” he said. “I didn’t know how to play the guitar, but the band up the street needed a singer. The first show we ever played was a party for my twin sister’s birthday. We got paid $20.”

By his early 20s, Thorogood had called high school friend and drummer Jeff Simon, added a second guitar player, and began a successful stint playing throughout New England. Soon they were known as the Delaware Destroyers and began to delight audiences with classic covers of Elmore James, Brownie McGhee, John Lee Hooker and Howlin’ Wolf. “We were playing great but couldn’t earn more than $200 a night,” he said.

The band was referred to the folk music label Rounder Records in 1976. In a period where Punk music was gaining in popularity, Thorogood’s “back-to-basics” approach to rock ’n roll was a surprising hit on FM radio. A series of top-selling albums would follow, including George Thorogood and the Destroyers, Move It On Over, Better Than The Rest, Bad To The Bone and Maverick. The group today is composed of Thorogood on lead guitar and vocals, Simon on drums/percussion, Bill Blogh on bass, Jim Shuler on rhythm guitar, and Buddy Leach on horns.

“There are people who have never seen us before, and we have to impress them,” Thorogood said. “There are fans who keep coming back, and we want to surprise them. This is my job. I’ve always loved it, and I love it now more than ever.”