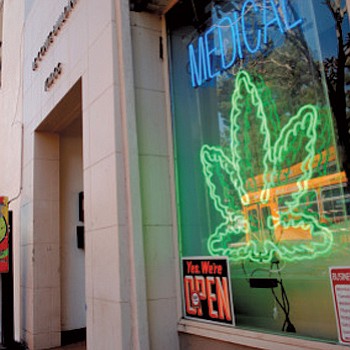 The Los Angeles County Board of Supervisors voted this week to extend a ban on the cultivation, manufacture, processing, testing, transportation and retail sale of medical and non-medical marijuana in unincorporated areas until a comprehensive regulatory framework can be put in place.

The board also asked the county’s lawyers to work with the district attorney to shut down 70 dispensaries illegally operating in unincorporated areas.

The moves come as the state and various municipalities struggle with the nitty-gritty details of legalizing a long illegal drug.

The state has until Jan. 1, 2018 to implement Proposition 64 and begin issuing licenses to sell recreational marijuana, but Supervisor Sheila Kuehl expressed doubts.” Kuehl told her colleagues. “Everybody’s saying no.”

Meanwhile, the county is trying to figure out just how to deal with challenges posed by marijuana businesses.

Supervisors Hilda Solis and Mark Ridley-Thomas both raised concerns about concentrations of dispensaries in their districts.

“The constituents that I represent are not exactly eager to have these businesses and manufacturing sites next to their homes and schools and parks,” Ridley-Thomas said, telling his colleagues that he wanted to ensure that low-income communities were “not left alone to shoulder the burdens of marijuana legalization.”

Solis called for the enforcement effort.

“The First District has more than 40 of these dispensaries,” Solis said. “While there’s a ban, they’re there.”

The vote in favor of enforcement while the ban is in place was unanimous, but Kuehl was more optimistic that legalization would ultimately shut down a black market in cannabis.

“Normalizing it and strictly regulating it is more in our interest,” Kuehl said, envisioning a day when marijuana edibles are widely on offer in restaurants. “It’ll be a list, like the wine list.”

The county has the option under state law to permanently ban cannabis, but the board consensus seemed to be that thoughtful regulation would be best.

Kuehl and Supervisor Janice Hahn proposed a comprehensive regulatory framework, with Kuehl emphasizing the potential to pick up best practices from Oregon, Washington and Colorado, where the drug is already legal.

Supervisor Kathryn Barger, who called for extension of the ban, said she was particularly worried about young people using marijuana.

“I think we all know, and I would argue, this is a gateway drug,” Barger said. “”If we do not properly educate, especially our youth, we are going to be creating a whole different set of problems.”

But even Barger agreed, “We cannot ban it, the voters have spoken.” Community outreach—including educational campaigns for consumers, children and parents—is planned as part of what is expected to be a year-long process of creating regulations across more than a dozen county departments.

A report back on enforcement is expected in 30 days and regulatory updates will be provided quarterly.