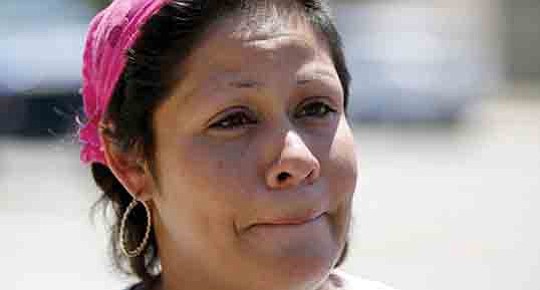 The mother of a 17-year-old boy who was fatally struck by a ricocheting bullet when deputies shot and killed a dog that had attacked one of them in Palmdale is suing Los Angeles County.

A sheriff's representative could not be immediately reached. But department officials previously said the incident occurred about 3:30 a.m. June 22 near an apartment complex in the 38500 block of 10th Street East. Deputies said they initially responded to a report of loud music and that as they investigated, a pit bull weighing 60 to 65 pounds charged at them and bit one deputy in his left knee.

The dog was restrained by a person at the scene, but as deputies awaited paramedics, the animal got loose again and charged at the deputies, according to the department's account of what transpired. At that point, two deputies shot at the pit bull from five to seven feet and the dog went back to the rear of the apartment complex and into the carport area.

Deputies said they followed the dog in an attempt to catch the animal and when they reached the carport, they found the teen on the ground with a gunshot wound to the chest. Deputies said they rendered aid until the boy was transported to a local hospital, where he died.

But according to the lawsuit, the teen tried to restrain the dog, which did not did not belong to him or any of the friends with him that day. As he did so, the deputies aggravated the animal by shining flashlights and cameras at the animal, the suit states.

After the dog escaped from Garcia, one or more of the deputies shot in the direction of the dog and the teen, according to the suit, which says at least two of the bullets hit him in the chest.

“While on the ground, and still alive, Garcia could be heard by witnesses calling out, 'Help me, help me,'” the suit states. Deputies delayed getting medical help for the teenager as they discussed "how they were going to explain the shooting,'' the complaint alleges.

Alcantar arrived at the shooting scene, but deputies did not tell her that her son was dead and that his body was in an ambulance nearby, the suit says.