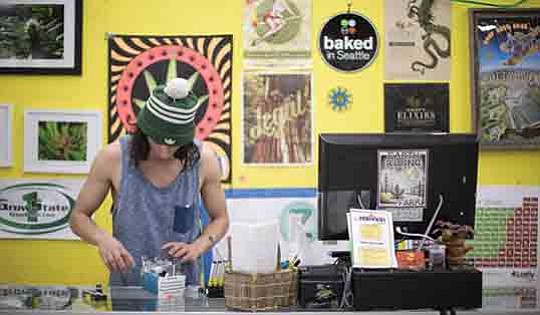 The Los Angeles County Board of Supervisors this week authorized public health officials to carry out inspections of commercial cannabis businesses for cities countywide, though it has yet to set its own rules as legalization nears.

The move comes in response to Los Angeles city officials' request that the Department of Public Health take on health and safety inspections of marijuana businesses and enforce related regulations.

Legalization takes effect statewide Jan. 1, but is still subject to the right of local jurisdictions to set their own regulations and even ban cannabis businesses.

On Monday, the Los Angeles County Office of Cannabis Management published a set of proposals that would govern unincorporated areas of the county. The OCM plans to seek the board's approval early next year.

The draft policies include the following proposals:

— Phased-in licensing for an initial maximum of 20 cannabis stores, 20 delivery-only services, 10 cultivators, 10 manufacturers, 10 distributors and 10 testing laboratories countywide, with no more than five stores or delivery services per district;

— Additional buffers would prohibit businesses from locating near schools, day care centers, parks and drug and alcohol treatment centers; and -- A five-member quasi-judicial commission would have discretion to approve or deny applications from would-be licensees.

A map of where businesses can locate if the board approves the policies as written can be found at http://planning.lacounty.gov/cannabis/maps.

For the time being, a county ban on cultivation, manufacture, processing, testing, transportation and retail sale of medical and non-medical marijuana in unincorporated areas remains in effect. However, new storefronts are opening at a faster rate than enforcement officials can shut down illegal shops.

The board's vote on taking the lead in managing health and safety inspections for Los Angeles and reaching out to other cities was unanimous. However, Supervisor Mark Ridley-Thomas reiterated a warning that “the health and safety impacts of such businesses (will) be far-reaching.”

Recommendations from the cannabis office anticipate that county licensees may be required to invest in the surrounding community – supporting youth development and substance abuse treatment programs, for example – depending on the health impacts of their businesses. The Department of Public

Health is expected to help draft the relevant ordinances, based on its assessment of the consequences of legalization.

Cannabis proponents raised concerns about excessive regulation running contrary to the voters' will to legalize marijuana, while other residents continued to caution the board about how easy access to marijuana would hurt young adults and negatively impact neighborhoods.

Supervisor Sheila Kuehl has said that any regulatory framework should

be compared with rules that govern alcohol sales.