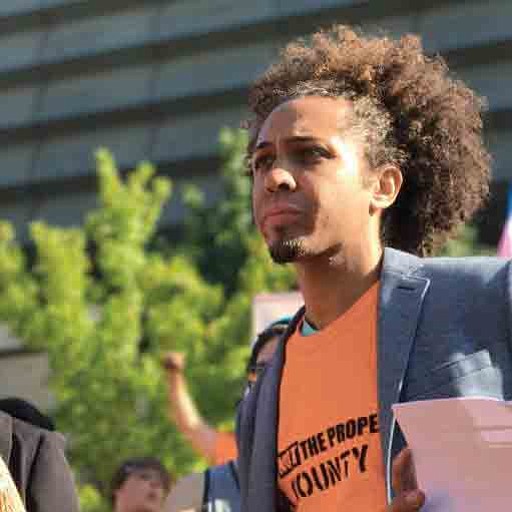 A coalition of community advocates called on Los Angeles County officials this week to shift dollars from jail construction and probation to affordable housing, community-based mental health care and jobs, releasing a report that finds spending by the sheriff’s and probation departments far outpaces spending on mental health or affordable housing.

“A budget is a reflection of your values,” said Mark-Anthony Johnson with JusticeLA. “Los Angeles County cannot claim to value the safety and well- being of Black and Brown families while spending $3.5 billion on jail construction.”

The budget brief, “Reclaim, Reimagine and Reinvest: An Analysis of Los Angeles County’s Criminalization Budget,” authored by JusticeLA, The Center for Popular Democracy and Law 4 Black Lives, found that the county spends nearly twice as much on the combined sheriff’s and probation department budgets than on mental health, for example, while other departments responsible for workforce development and homeless programs receive just cents on the public safety dollar.

Chief Executive Officer Sachi Hamai challenged the numbers and offered a comparison that looks at all the county’s spending on health and social services.

“Los Angeles County has long demonstrated a deep commitment to the needs of its most vulnerable residents. More than 50 percent of the county’s $31 billion budget is devoted to critical health and social services,” Hamai said. “Homelessness, child protection and justice reform are among the top priorities of the Board of Supervisors, all reinforced through the county’s budget.”

The Board of Supervisors pointed to the crumbling condition of the Men’s Central jail when it approved a new $2.2 billion downtown jail treatment center last year as part of a plan that also includes a new women’s jail in Lancaster.

Documents on the county’s website show that 26 percent of the 2017-18 budget is allocated to public protection, 31 percent to health and sanitation and 25 percent to public assistance, with most of the balance assigned to “general” spending.

Though many of the numbers in the JusticeLA report come directly from county budget documents and are extensively sourced in footnotes, it can be difficult to drill down by function given department overlap and multi-year spending on big projects. For example, a total of the dollars spent this year on fighting homelessness and providing services to homeless individuals was not readily available from county sources.

However, Hamai, who had not yet reviewed the JusticeLA analysis in detail, said the report only reflects a portion of county spending.

More important than the exact numbers are the results, Johnson said. He gave credit to the Board of Supervisors for placing Measure H on the ballot, a quarter-cent sales tax that is expected to generate roughly $350 million to fight homelessness.

“The fundamental question is how does that money translate into reducing the jail population?’’ he asked.

Johnson and others challenge the idea that public safety is equivalent to policing, probation and jails and estimate that nearly two-thirds of county jail inmates are behind bars for non-violent offenses. And inmates suffering from mental illness, who make up 25-30 percent of the jail population, can end up worse off by the time they are released, he said.

“Across the country, cities, counties and states are rethinking longstanding, misplaced investments in incarceration and criminalization,” said Law 4 Black Lives co-director Marbre Stahly-Butts. “Not only are these investments ineffective and expensive, they are also inhumane. There is a growing consensus that punishment, prisons and police are not the solution to mental health issues, housing instability, drug dependency or poverty.”