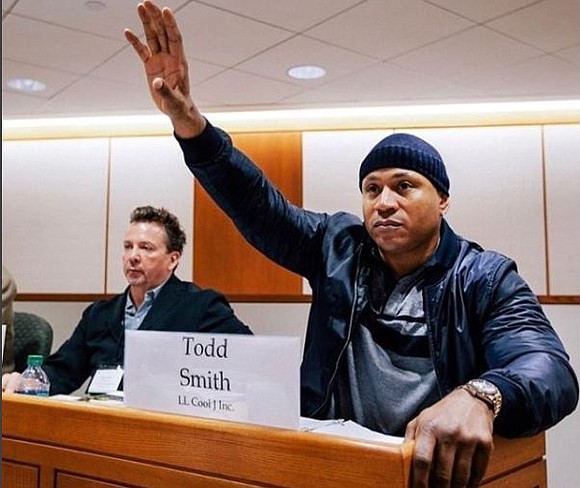 Swizz Beatz did it (Harvard). Venus Williams did it (Indiana University. And now iconic hip-hop artist and TV star LL Cool J has done it as well. He graduated from college, and not just any college. Last month he wore the cap and gown as a graduate of Harvard University’s media and sports program.

“Completed the Business of Entertainment media & sports program @harvardhbs. It was a life altering experience. Learning is cool… #dreamsdemandhustle #dreamsdonthavedeadlines lets go!!!! PS. The head of the program & my professor @anitaelberse was absolutely gangster. #ironsharpensiron.”

Although LL Cool J, born James Todd Smith, is an accomplished entertainer, appearing on music charts, starring on TV and movies, and even hosting shows, he had a rough start in life. Growing up in Queens, he was just a kid (4 years old) when his father shot his mother during a dispute between the two. His mother did survived, but once she divorced LL’s dad, she hooked up with a man who physically abused her.

Like so many successful artists, LL found solace as well as inspiration in music, hip-hop music in particular. He told the Washington Post: “Rap music definitely made me feel empowered. In the ‘hood, you’re sitting in it like hot dog water. It takes a certain amount of tenacity and creativity to pull your mind out of that water and dry it off.”

By the time he was 16, he had signed with Def Jam, which had just gotten underway. Now at 49, he still performs on occasion, but most of his time now is spent working on “NCIS: Los Angeles” and as host of Spike TV’s “Lip Sync Battle.”