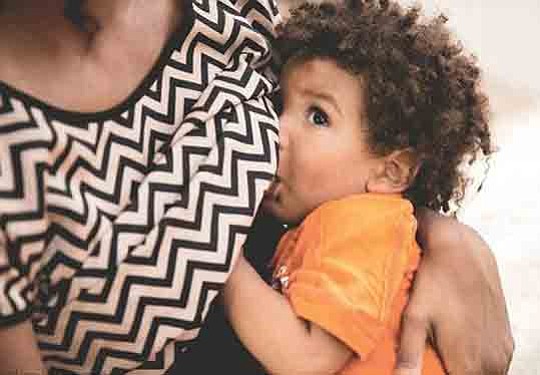 This week marks the fifth annual Black Breastfeeding Week, a health awareness program presented by the National Association of County and City Health Officials (NACCHO) based in Washington, D.C. The NACCHO has launched an initiative, R.O.S.E. (Reaching Our Sisters Everywhere), in 32 states. The following is a question-and-answer session regarding the initiative and was conducted recently by Theresa Spinner, NACCHO director of media and public relations, who interviewed colleague Calondra Tibbs, senior advisor and director of Public Health Programs with NACCHO:

Answer: Breastfeeding is a critical public health issue, because it is the optimal source of infant nutrition, and has long-term health benefits for moms and [their children]. Breastfeeding protects babies from infections and decreases the risk of leukemia, sudden infant death syndrome and obesity. For mothers it reduces their risk of breast and ovarian cancer, diabetes and heart attacks.

Q: Breastfeeding has many benefits, so why are there still disparities among Black women and women living in poverty?

A: Disparities persist, as with many health outcomes, due to several barriers such as low availability and access to breastfeeding support, lack of family and community support, unaccommodating workplace and childcare environments, and aggressive marketing of infant formula.

Structural barriers disproportionately impact women of color and women living in poverty. For instance, birthing facilities using breastfeeding-friendly practices are less likely to be located in communities with high percentages of people of color or residents living in poverty.

In addition, the lack of federal legislation regarding paid family medical leave to support working families can impact decisions on returning to work. One-in-four women return to work within two weeks of delivery, and low-wage earners return to work sooner than higher-wage earners. This limits the ability of women to establish breastfeeding prior to returning to work. And, although there are mandates for workplaces to support breastfeeding women, those working in the service industry are less likely to have adequate accommodations to support the pumping and storing of human milk.

Q: Why has it been so important to increase breastfeeding rates among Black infants?

A: Although there have been great strides in breastfeeding, this persistent disparity in breastfeeding rates suggests that there are other factors that impact breastfeeding in the Black community. The goal of our collective efforts should be to improve maternity care practices for Black women; champion workplace and paid family medical leave policies; provide skilled and culturally-attuned breastfeeding support in communities; and engage the broader community to promote a culture of breastfeeding.

Q: What is the local health department’s role in supporting breastfeeding?

The Centers for Disease Control and Prevention, recognized the critical role local health departments have in supporting breastfeeding in underserved communities. This effort, led by the NACCHO, supported 72 projects in 32 states. Collectively, they provided more than 90,000 one-to-one encounters and more than 3,000 breastfeeding support groups. Grantees also instituted innovative practices to address structural barriers to breastfeeding by building workforce capacity, partnering with worksites and collaborating with hospitals and healthcare providers to ensure continuity of care for breastfeeding mothers. These efforts were positive steps towards increasing breastfeeding among Black women and women living in poverty.

The National Association of County and City Health Officials (NACCHO) represents the nation’s nearly 3,000 local governmental health departments. These city, county, metropolitan, district, and tribal departments work every day to protect and promote health and well-being for all people in their communities. For more information about NACCHO, please visit www.naccho.org.