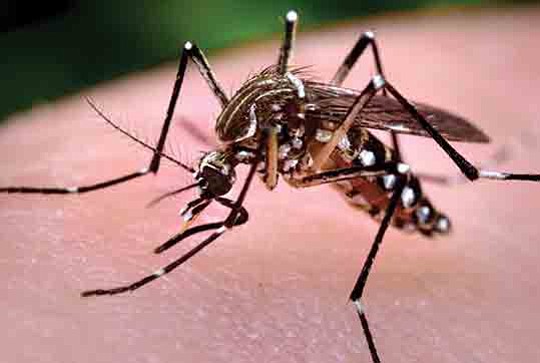 Almost half of the 22 people from Los Angeles County who tested positive for West Nile virus so far this year are from the San Fernando Valley, a hot spot where the disease appears to be spreading this season, according to public health and vector control officials.

“San Fernando Valley is of heightened concern for us this year,” Susanne Kluh, the vector control district’s scientific-technical services director, said in a statement cited by the newspaper.

Of the 22 people who were sickened countywide, 19 were hospitalized, according to a recent advisory from the Los Angeles County Department of Public Health.

The number of cases identified at this time is higher than the previous 5-year average, Los Angeles County health officials said, according to the Daily News.

Statewide, the number of infected people, mosquitoes and birds are fewer this year than last. But health officials said the recent heavy rainy season can increase mosquito populations, which can lead to other diseases such as Zika, the Daily News reported.

There is no vaccine or specific treatment for West Nile virus.

Residents are urged to take precautions during warm temperatures by using DEET as an insect repellent, avoiding exposure at dawn and dusk, when mosquitoes bite, and eliminating all sources of standing water.