‘Leap of faith’: Will health care ministries cover your costs? 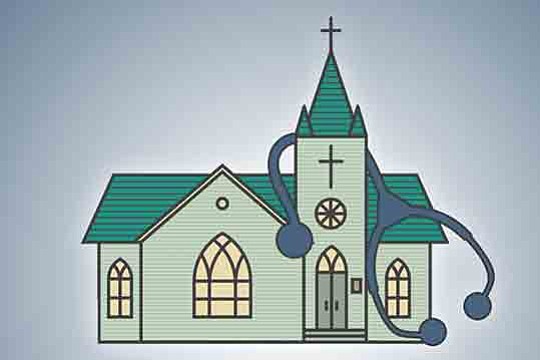 Martin Estacio was shelling out $800 per month for a health plan that didn’t fit his two-state lifestyle.

The retired San Bernardino firefighter lives between Oklahoma and California. But his health insurance policy, purchased in Oklahoma, didn’t cover non-emergency care outside the state.

So Estacio dropped his plan this month and took a leap of faith. He joined Christian Healthcare Ministries (CHM), an alternative to health insurance that offers a religious approach to covering medical bills.

Health care ministries such as CHM are essentially cost-sharing programs. Members’ monthly fees are applied directly to other members’ medical bills, no matter where they live in the U.S. Members also pray for each other, and often send notes of support and encouragement.

“What led me to look into it was financial,” says Estacio, 58. “When I started to realize it’s based on biblical principles where you help your brother out, that’s what really clinched me.”

A health care sharing ministry is primarily a “community of faith,” says Michael Gardner, spokesman for Christian Care Ministry, which operates the Medi-Share program. Medi-Share has roughly 300,000 members as of June, he says.

But let’s be clear: Christian health care ministries are not insurance. You must attend church regularly. You must agree to abstain from certain behaviors, such as “sexual immorality” and drug abuse. Preventive care, routine prescriptions and mental health care may not be reimbursed. Forget about abortion. Coverage for your preexisting conditions will likely be limited — at least initially.

Estacio pays $150 per month for his membership, plus quarterly payments of about $30 that offer him a higher level of reimbursement.

He’s responsible for the first $500 on each medical incident before the ministry’s sharing kicks in, but only for allowed services. CHM’s list of non-covered services includes “psychological treatment,” medical supplies and equipment, immunizations, maintenance prescriptions and bills related to drug abuse.

“You have to try to live a good lifestyle,” Estacio says. “You can’t be drinking and smoking. It’s on you.”

About 1 million Americans participate nationwide, according to the Alliance of Health Care Sharing Ministries. Texas has the most members; California places second.

There are more than 100 ministries across the U.S., although the vast majority are small Mennonite churches, says alliance President Dave Weldon, a doctor and former Florida congressman. The three largest ministries are CHM, Medi-Share and Samaritan Ministries International, he says.

All the ministries are Christian at this point, although Weldon says there’s an attempt to start a Jewish sharing ministry.

“It’s our Christian practice of how we bear one another’s burdens,” says James Lansberry, executive vice president of Samaritan Ministries, which has about 227,000 members nationwide.

Samaritan members, who share about $23 million a month, mail their monthly fees directly to other members facing medical bills, along with notes of support, Lansberry says.