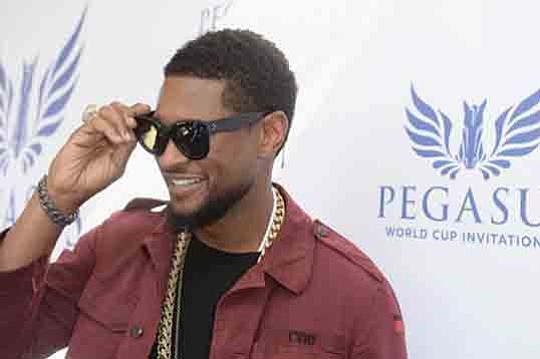 Three people sued Usher this week alleging the singer failed to disclose that he has genital herpes before having sex with them.

The lawsuit brought in Los Angeles Superior Court on behalf of Quantasia Sharpton and two other plaintiffs, identified only as John and Jane Doe, alleges sexual battery, fraud, neligence and both intentional and negligent infliction of emotional distress.

A representative for the 38-year-old “U Got it Bad” singer, whose real name is Usher Raymond IV, could not be immediately reached for comment.

The lawsuit, which seeks unspecified damages, alleges that the two female plaintiffs had vaginal sex with Usher, while the male plaintiff alleges he and the married singer engaged in oral sex.

All three plaintiffs claim Usher failed to inform them about his alleged herpes diagnosis.

“Raymond’s failure to rebut the numerous reports that he has herpes has reasonably induced the plaintiffs to believe that Raymond has the virus and that he exposed them to it,” the suit states. “In the event plaintiffs have contracted the herpes virus, their health may be compromised in the future as a result of the increased risk of cancer, diabetes, high-risk pregnancies, higher risk of contracting HIV and other medical conditions...”

Sharpton and the other plaintiffs would not have had sex with the entertainer if he had told them he had herpes beforehand, the complaint states.

The suit is based on recent news reports that the singer paid a celebrity stylist $1.1 million in 2012 to settle a lawsuit in which she claimed to have contracted herpes from the eight-time Grammy winner.

Sharpton, who spoke to reporters Monday in New York alongside her Los Angeles-based attorney, Lisa Bloom, said she was celebrating her 19th birthday two years ago when Usher spotted her in the audience at one of his concerts—the location was not disclosed. She claims she was invited backstage and had sex with the singer in a hotel room.

“When I first heard he had herpes, I couldn’t believe it ... I would never have consented if I had known,” she said. “Usher if you are negative, please say so. If you are positive, you need to warn your sex partners so they can make their own informed decisions.”

Sharpton became a mother last year and has tested negative for herpes, according to Bloom, who said one of the other two plaintiffs does have herpes.

Bloom filed the suit in California, where she said the law requires disclosure of a herpes diagnosis to one’s sex partner.