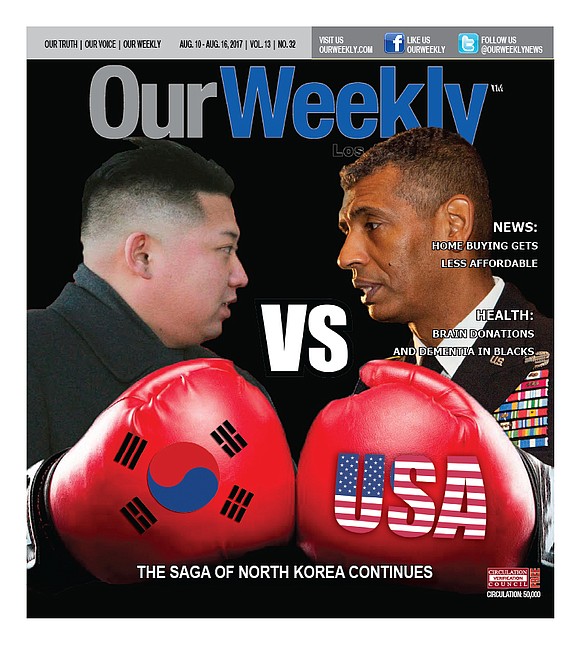 The Land of the Morning Calm is the phrase given to Korea as a reference to it’s splendid tranquility with picturesque high mountains and clear spring waters, especially in the mornings. It is derived from “Chaohsien” meaning “morning freshness,” a title bestowed upon it by an emperor of China’s Ming dynasty.

Six months into the administration of a new presidency, as our chief executive seems hell-bent on reinventing the American government (or at least reshaping it to his liking), it is perhaps fitting that he is simultaneously rekindling the flames of the long dormant Cold War. The world, of course, does not exist in a vacuum, and the progress of the next few months are dependent on the maneuverings of another world leader noted for provocative posturing.

On a mission from God: The man behind the threats

“I’m driven with a mission from God. God would tell me, ‘George, go and fight those terrorists in Afghanistan.’ And I did, and then God would tell me, ‘George, go and end the tyranny in Iraq.’ And I did. And now, again, I feel God’s words coming to me, ‘Go get the Palestinians their state and get the Israelis their security, and get peace in the Middle East.’ And by God I’m gonna do it.’”

The urge to examine the psyche of some leaders goes at least as far back as Adolf Hitler (the subject of a 1939 study by Carl Jung). Among those engaging in this pastime are arm chair psychiatrists along with those who consider themselves mental health professionals.

Among the traits needed to assume the mantle of leadership over any sizable group, a fair amount of narcissism is arguably an asset. Once attaining these positions, the acquisition of power brings with it an almost hallucinogenic effect on the individual in charge. Former Iraqi head Saddam Hussein considered himself destined to correct his country’s many domestic problems. Muammar Gaddafi (1942-2011) rose to power in his native Libya on a platform of Arab Nationalism and socialism before declaring himself Africa’s “king of kings.”

In spite of his high profile in the global media and frequent use as the blunt for satire, little is known about Kim Jong Un, “the supreme leader” of North Korea, aside from his attendance at a Swiss boarding school and his degree in physics.

He is the current heir to the Kim dynasty, who rule the Marxist bastion of North Korea. Starting with his grandfather, Kim II-sung (1911-1994) this line of succession is considered to be almost god-like (within the country of North Korea).

Long time observers, like CIA and State Department veteran Joseph DeTrani suggest that his pampered upbringing and lack of exposure to the outside world might be responsible for heightened anxiety and inadequacy, which in turn compels him to prove himself on the world stage. This might explain the bombastic proclamations and bravado he exhibits on a regular basis.