Black beauty supply owners struggle in their own industry 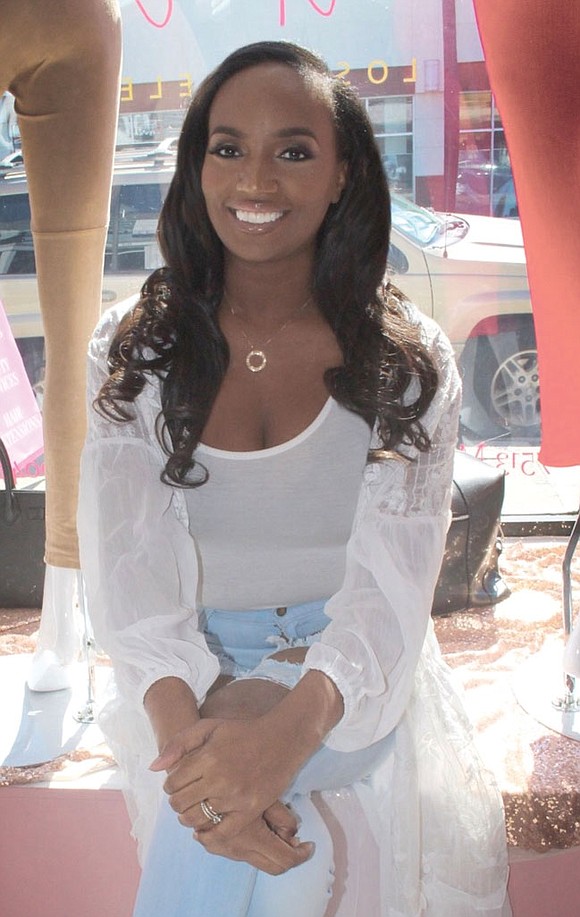 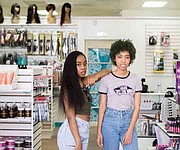 According to market research company, Mintel, in 2015, the Black hair care industry earned capital of approximately $2.7 billion dollars, but some Black beauty supply owners have been having issues in the very industry that they fund.

Lia Dias, 32, owner of The Girl Cave LA which has three locations—a beauty bar/ boutique on Melrose, and two beauty supply stores located on Crenshaw and another on Manchester—told Our Weekly about the struggle being a Black woman beauty supply owner.

“Because I’m a Black woman, people have preconceived notions that I don’t understand or have the ability to negotiate a commercial lease,” said Dias in reference to the bias that she received while opening one of her stores. She continued, “There would also be times that distributors would walk into the store and not believe that I was the owner, rather than the store manager.”

The Girl Cave LA began as an online hair store, but the physical stores were created in frustration due to an incident that occurred while Dias went to a local beauty supply to buy braiding hair for her daughter.

“I went into a beauty supply store, and they wouldn’t let me in the store because I was wearing my backpack,” Dias recounts. “I was either forced to leave the store, or leave my backpack at the door because they believed that I was going to steal something... Ultimately I was forced to buy $25 worth of braiding hair from them because my daughter needed to get her hair braided.”

Dias recounts how she felt “criminalized” for not being able to bring her personal belongings in the store. “I have to spend $25 with people who don’t even want me in their store,” said Dias.

Dias recalled how much money she and her friends spend on Black hair care.

After not being able to think of a Black beauty supply to go to, the incident led her to create The Girl Cave LA.

Approximately a year-and-a-half ago, Dias founded The Girl Cave LA on Melrose in its first physical store as a beauty bar and boutique. Almost two years later, the Girl Cave LA has grown to two more stores.

Although Dias has had success in opening both beauty supply stores, she’s ran into some roadblocks, not from customers, but from distributors.

According to an email provided to Our Weekly, ‘RastAfri’, braiding hair company declined to have their product sold in Dias’s Manchester store.

After speaking to a representative from RastAfri, they confirmed or deny that it was a proximity policy that prevented Dias from being able to sell the braiding hair in the store.

All three beauty supply stores sell RastAfri, according to the stores.

Dias then mentioned her struggle with not being able to offer her customers RastAfri products at her Manchester store, forcing some customers to travel farther to her Crenshaw store where she is able to sell the products.

“I now have to give my customers an incentive for coming farther for products that I couldn’t give them at my other store,” said Dias. “I would give my customer $2-for-5 prices for braiding hair, and this cuts into my sales because you would never find braiding hair for that cheap anywhere.”

Aside from RastAfri, Dias mentioned how other distributors would create obstacles like sending excessive paperwork.

“I would be sent a form, and I would fill it out. And then I would be sent another form, and they would tell me that it’s filled out wrong so I would have to wait for them to send me another form to complete” said Dias. “And the address that’s on my business license doesn’t match my current address, but it matches my home address— a property that I still own— and they tell me I have to have a business license that matches the current address where I reside currently, and I know that’s false. It’s obstacle after obstacle.”

Dias also mentioned how some distributors would up their wholesale pricing which forces Dias to raise the prices for her hair products in the store.

“It’s hard to compete with other beauty supply stores when their prices are lower because they get better wholesale pricing” said Dias.

Another Black beauty supply owner described some similar hurdles while trying to keep his business up and running.

“If a Black person came to me and told me they wanted to open a beauty supply, I would tell them not to,” said Lesley Andujar, owner of Trina’s Beauty Supply.

After migrating from Haiti at the age of 12-years-old, Andujar, 60 opened Trina’s beauty supply after purchasing the store from the owner in 1985.

JBS is a cosmetic giant that provides a large majority of American beauty supply stores with products.

Having multiple distribution centers in primarily ethnic cities around America, Jinny is at the top of the Black hair industry distributing hair products like Cantu, Shea Moisture, TGIN, and others.

Andujar recounts his issues with Jinny because the distributor makes it hard to buy products from them.

“They wouldn’t let me purchase products with my credit card,” said Andujar. “Every other distributor has my card on file when it’s time to order products.”

Andujar recalled how Jinny attempted to force Andujar to physically come to the Jinny location in Los Angeles so he could purchase products for his store.

Andujar mentioned how it was a hassle to physically make trips to the Jinny location every time he had to purchase products.

Andujar also stated how he was a veteran to the hair industry, so he didn’t understand why Jinny was reluctant to let him purchase products for his beauty supply.

“It was one thing after another,” said Andujar. “I would send paperwork, and then they would tell me that it was filled out wrong, so then I have to wait for them to re-send it. And then this and that.”

Andujar recounted how Jinny would stall, or create what he calls “excuses” for not sending all the necessary paperwork all at once.

“They would say ‘This paperwork is necessary’, and then it was one after another”, said Andujar.

Andujar noted that he has a hard time selling products if distributors don’t sell their products to him.

Dias says she hopes that her businesses will stand as inspiration for other Black women.

“I hope that I can help, and give the opportunity to other Black women who aspire to be beauty supply owners.”