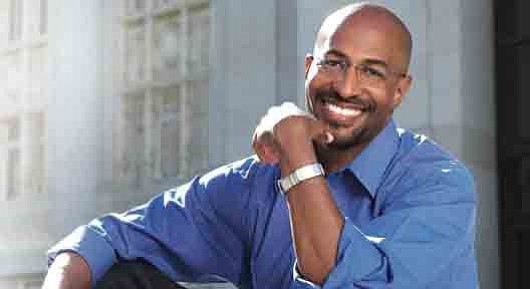 One year after Flint, Mich., dominated headlines, families still don’t have clean water; this Earth Day, Green For All launched a campaign to finally fix the pipes.

It’s been three years since Flint families have had safe drinking water and their water rates are some of the highest in the country. That’s why Green For All (GFA), a national climate justice organization, has launched a donation campaign to #FixThePipes and to provide support for other urgent needs for Flint residents. Van Jones kicked off the campaign via Facebook Live.

Flint families have suffered unimaginable atrocities – from irreversible health damages to the fatalities of loved ones. The state of Michigan and the city of Flint have reached a settlement to right this injustice, but some city residents may have to wait three more years to get desperately needed relief that may not come soon enough. If everything runs on time—that is still three years in which some families have no access to clean water at home, three years when they cannot sell their homes, and three years of time and money to deal with the effects of lead on family members.

“One year after Flint dominated headlines across America, families there still don’t have access to clean water. Many still can’t drink or bathe in their own homes. It’s just plain wrong to make families wait any longer,” said Vien Truong, director of Green For All and deputy CEO of Dream Corps. “We’re launching the #FixThePipes campaign this Earth Day to help Flint families now. If we come together and act quickly, we can finally get clean water to Flint families.”

Green For All cost estimates put the bill for removing lead-contaminated pipes at $10,000 per home. #FixThePipes campaign has a goal of raising $500,000 to help 50 Flint families fix the pipes in their homes to get fresh water now, with the potential to double should the campaign take off.

Green For All will collaborate with other celebrities, allies, influencers, activists and organizations to help raise money to fix the pipes for Flint families now. The #FixThePipes campaign will bring together the best of what the United States has – the best people, the best minds, and the best ideas – to support Flint families. We are not waiting.

Green For All is a climate and economic justice organization working at the intersection of poverty and pollution to create an inclusive green economy strong enough to lift people out of poverty. Green For All is an initiative of The Dream Corps, a social justice accelerator for transformative campaigns, ideas and innovations.