Black millennials: Trapped under the weight of racism and a cash-poor economy 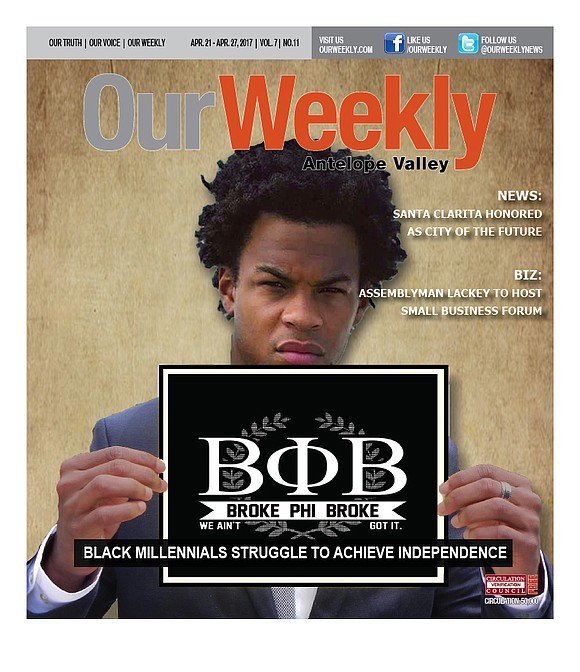 Jerry Houston will be another year older in July, but he’s not planning a celebration for his 29th birthday. “There’s nothing to celebrate”, he scoffed. “I’m up to my ankles in debt from school loans and the degree I earned isn’t doing anything for me. I owe $30,000 for an education that I thought would help me land a decent paying job. But that’s not where I am right now. Until I get there, I don’t plan on celebrating any future birthdays.”

In roughly 15 months, Jerry will enter his 30s, a milestone that stirs mixed emotions in the hearts of those of who dread getting older. This transition can be particularly worrisome for young adults who feel as though they’ve underachieved. Jerry, for now, belongs in this category. He works at a high-end clothing boutique in Santa Monica where he’s paid slightly above minimum wage.

Having a steady income allows him to cover various personal expenses, but the debt he incurred in school, compounded with the ever-rising cost of living in Los Angeles, has significantly disrupted Jerry’s progress toward becoming a “self contained adult.”

“I didn’t graduate from college to fold clothes,” he lamented. “This wasn’t the plan.”

In 2006, Jerry was accepted to San Francisco State University on a partial scholarship. He wasn’t sure how he would cover the remainder of his tuition costs, but the joy in his grandmother’s eyes when she read the acceptance letter compelled him to pursue a dream that wasn’t really his to begin with.

“She convinced me that going to college was my only option to achieve success. When I graduated from high school, I thought about taking a year off to work and save money. But she twisted my arm, so I went. When I graduated from college, I was full of useless knowledge. I’m not saying that my time was wasted, but after five years of technically being an adult, I didn’t know how to budget my money or balance a checkbook. I could recite whole plays from Shakespeare, but I was ignorant of how to take the next step as a fully independent adult.”

He continued, “I had a job then, and occasionally I would put money aside for a rainy day. But I wasn’t growing my money. I wasn’t preparing for the future. These things weren’t taught to me at home or in class. My grandmother isn’t responsible with her money because she doesn’t have any. The blind can’t lead the blind. And I’m not blaming her, but I wasn’t equipped with the skills or knowledge I needed to be self sufficient. At 23 years old, I was still very much a kid. I’m just now getting into my groove, but that should’ve happened after college.”

At this point in his life, Jerry thought he would be a thriving architect, or at the very least, on his way to success. But the job market hasn’t been particularly kind to rookies in his line of work, he explained. Architecture was his major in college, but the degree he received remains buried in a box underneath stale textbooks and faded math exams.