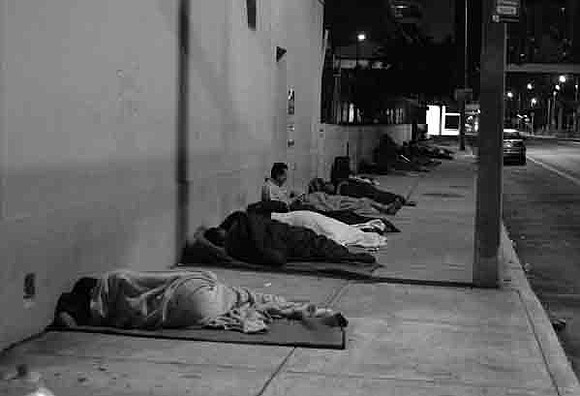 Los Angeles County’s $30 billion proposed budget for fiscal year 2017-18, which was unveiled this week, includes $355 million in spending to reduce homelessness, nearly $100 million in criminal justice reforms and more than $1 billion in infrastructure spending, including progress on a new downtown jail.

“It focuses on progress and people, expands the services to the most vulnerable, accelerates innovation in healthcare, advances criminal justice reforms and continues to commit to responsible fiscal practices,” she said.

Hamai warned that spending could shift due to uncertainties about funding at state and federal levels.

However, an anticipated $355 million in new revenue from voter-approved Measure H should give the county lots of running room on one of its most important priorities, reducing homelessness.

That money will go to fund 21 strategies to fight homelessness and is projected “to assist 45,000 families and individuals to escape homelessness, while preventing 30,000 others from becoming homeless in the measure’s first five years,” Hamai said.

Those numbers amount to getting 96 percent of those currently homeless into housing, while working to prevent an increase in their numbers.

A new five-year healthcare initiative, dubbed Whole Person Care, will focus on the “sickest, most vulnerable” Medi-Cal patients in the county, which could also include those living on the street. The budget includes $90 million to launch that program.

Mental health is also highlighted, with $3.7 million earmarked for a triage call desk and 19 new positions on mental evaluation teams within the Sheriff’s Department.

However, the CEO was confident about the county’s ability to put Measure H funds to work and to hire 635 new county employees across various departments in the coming year.

Those new hires would include enough child welfare social workers to bring caseloads down to 19 children per employee, according to Hamai. The Department of Children and Family Services is also poised to hire 107 support personnel and another 58 positions focused on improving mental health care for children in the system.

In all, the budget reflects an increase of $137 million over last year’s total, though Measure H adds more than 2 1/2 times that amount to county revenues.

Hamai called her department’s economic forecast “cautiously optimistic” in a letter to the Board of Supervisors, which will review the budget proposal Tuesday.

At the same time, Gov. Jerry Brown indicated in his proposed budget that the state has and will continue to fall short of forecasted revenues, leading to a $1.7 billion shortfall in 2017-18.

President Donald Trump is not expected to release his detailed budget proposal until May. However, his blueprint calls for federal cuts of more than 10 to both health and human services and urban development, both of which would eliminate funding for a number of county programs.

Los Angeles County’s budget is larger than that of a majority of states, but roughly 40 percent of it comes from federal and state funding sources.

County departments have been asked to submit budget-reduction proposals in the event that federal and state dollars are cut.

“Although it our hope that budget reductions can be avoided, the county must, and will, be prepared to act, if necessary,” the CEO said in a statement.

Public hearings on the county spending plan are scheduled to begin May 17.