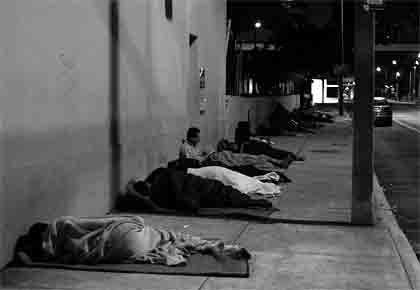 The Los Angeles County Board of Supervisors voted this week to consider holding a special election in March to address homelessness and other issues.

Three dozen other jurisdictions, including the city of Los Angeles, are set to hold elections in March, according to Supervisor Mark Ridley Thomas.

He proposed that the county run a consolidated election across those jurisdictions to avoid voter fatigue and confusion.

The deadline for setting such an election is Dec. 9, but Ridley-Thomas said the process would be complicated enough that it was important to start planning now.

“A consolidated election on this date requires significant due diligence, jurisdictional coordination and advance preparation to ensure success,” Ridley-Thomas said in his motion.

The matter was approved on consent without comment by the board. The board has considered a number of solutions to fund the fight against homelessness, including a millionaire’s tax, a quarter-cent sales tax, a parcel tax and a tax on marijuana, but could not agree on an alternative to put before voters this November.

In July, the board did vote 3-2 to put a measure on the November ballot to tax gross receipts tax on marijuana, but rescinded that vote two weeks later, citing concerns from community advocates about the source of funds.

Last week, three of the five supervisors voted to back the city of Los Angeles’ Proposition HHH, a $1.2 billion bond measure on the November ballot aimed at funding about 10,000 units of homeless housing over the next decade.

Supervisors Don Knabe and Michael Antonovich abstained. Both are set to term out of their posts this year, and newly elected supervisors will be sworn in Dec. 1.

The deadline to submit a countywide measure for the March ballot is Dec. 9, according to the registrar-recorder/county clerk’s office.

A consolidated election including 36 cities and districts would cost about $19 million, with about $8.5 million to be paid by the cities and districts, according to Ridley-Thomas. If the county didn’t end up putting a countywide measure on the ballot, the cost to the cities would increase to about $13 million.

The board directed the Registrar-Recorder/County Clerk to coordinate with other jurisdictions and report back in 30 days and asked the CEO to look at options for making such a consolidated election cost-neutral to other jurisdictions.